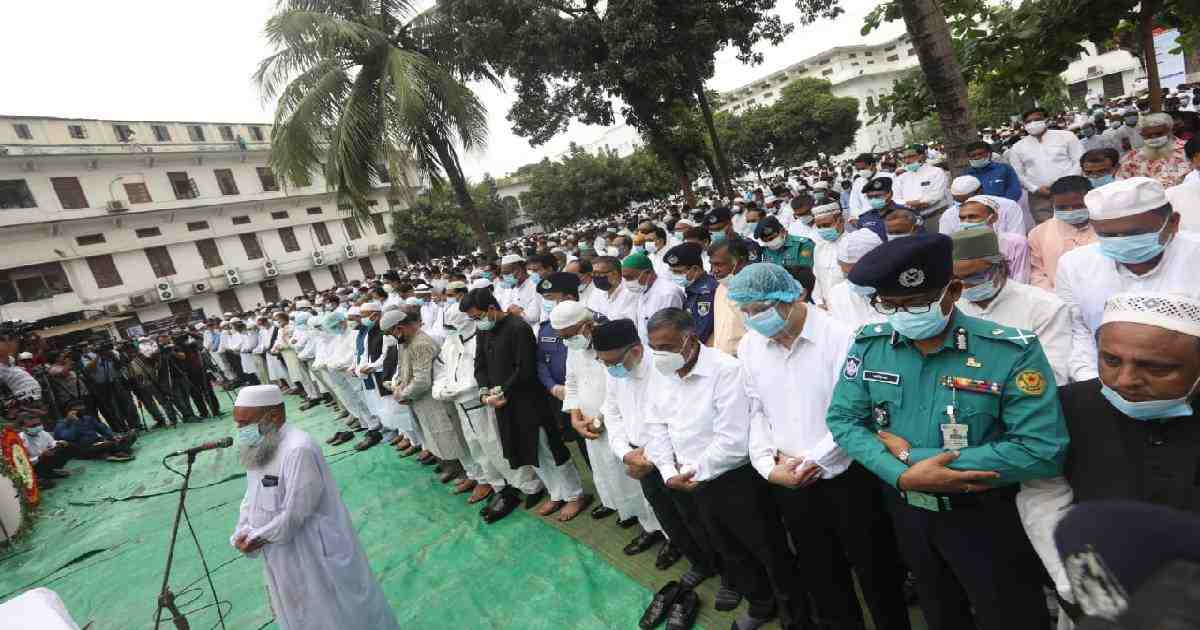 Attorney General Mahbubey Alam was laid to eternal rest in the capital on Monday afternoon.

He was buried at Mirpur Intellectuals Graveyard after his namaz-e-janaza held at Supreme Court compound at 11:35pm.

Alam breathed his last on Sunday evening at the CMH where he was being treated for COVID-19.

He was admitted to CMH on September 4 after being diagnosed with Covid-19.

Mahbubey Alam was first moved to the Intensive Care Unit (ICU) on September 18 after his pulse rate increased, but two days later, his family members said he was improving.

He was put on ventilator support at the intensive care unit (ICU) of the CMH earlier in the day. Mahbubey Alam was admitted to the hospital with high temperature on September 4 and later tested positive for coronavirus.

On September 18, he was moved to the ICU after his condition worsened.

He left behind his wife, a journalist son, lawyer daughter and lawyer son-in-law and a host of relatives and well-wishers to mourn the death.

Mahbubey Alam took over as top law officer of the country in 2009.

Hailing from Lauhajang upazila of Munshiganj, Alam was enrolled as lawyer in 1975. He held various important positions, including that of the Supreme Court Bar Association president.

He played an important role in the trial of war criminals leading to the execution of several top Jamaat and some other parties’ leaders.

He also showed efficiency in the appeal hearing on the Bangabandhu murder and Jail Killing cases.

His magnificence role in the hearing on petitions challenging the 5th, 7th and 13th amendments to the constitution obtained landmark judgments of the apex court.

Even, he used to move sensational cases in the lower court. He was one of a few lawyers of the Supreme Court to have moved the historic Purnima rape case in Sirajganj court.