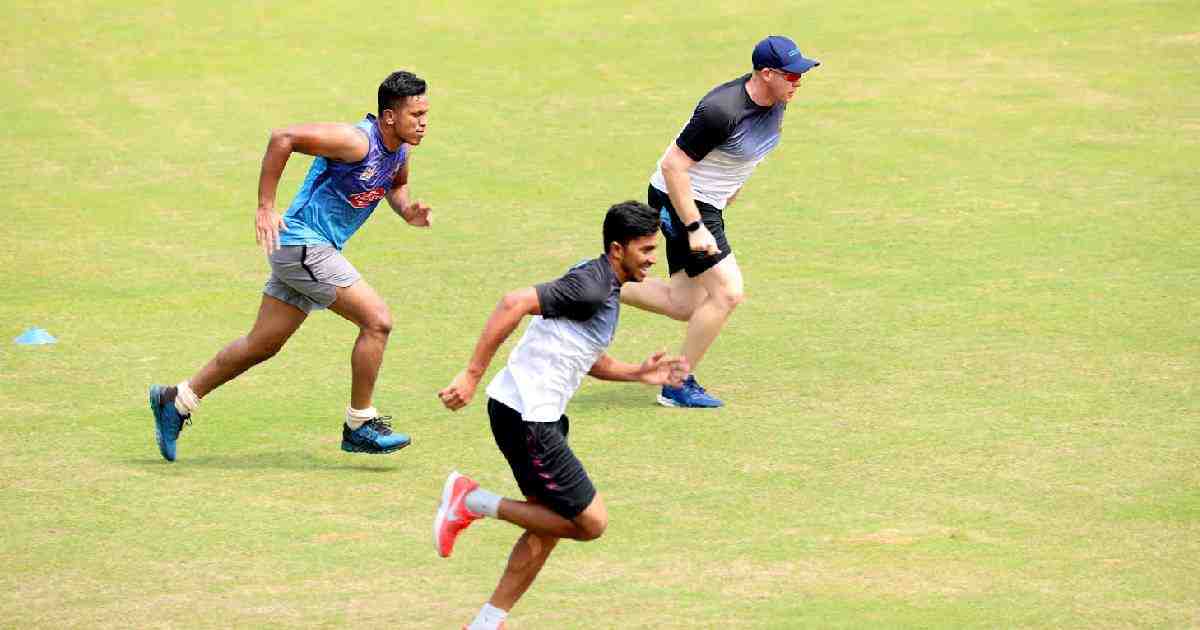 While the national team will stay at a Dhaka hotel, the U19-19 team will be there at the Bangladesh Krira Shikkha Protisthan in Savar.

The tour was postponed due to Covid-19 restriction by the Sri Lankan government. BCB had urged them to ease the restriction but they refused to do so. As a result, the series has been postponed, and it is not clear yet when it will take place.

The postponed series was the part of the ongoing World Test Championship. Bangladesh played a total of three matches of this event and ended losing all. The Tigers played their last international match back in March this year against Zimbabwe.

“The national and U-19 teams are all set to resume the bio-secure training camp from Thursday. All the participating members have provided their samples for Covid-19 tests. Those who’ll come out negative will join the camp,” Debashis Chowdhury, the sports physician of BCB, told the media on Wednesday.

After just a day in training, the national team will play two two-day and one three-day intra-squad practice games in the next 15 days. After that, BCB is likely to take steps to resume domestic cricket with a T20 league. However, the details are yet to be revealed.

While announcing the postponement of Sri Lanka series, BCB president Nazmul Hassan said this week that the board is working hard to bring cricket back to the field resuming the domestic season.

He also hinted that instead of resuming the paused event, they might host a new one only for this year, and a T20 league might be the first step towards bringing back the game after the Covid-19 hiatus.

The last competitive cricket game held in Bangladesh was in the Dhaka Premier Division Cricket Leauge in March. Since then, all the cricketing activities were on hold until some of the national players started an individual training programme before Eid-ul-Azha.

The Tigers might not play any international game this year. Their first away tour is now set against New Zealand which will take place in March 2021, as it was confirmed by both New Zealand and Bangladesh recently.