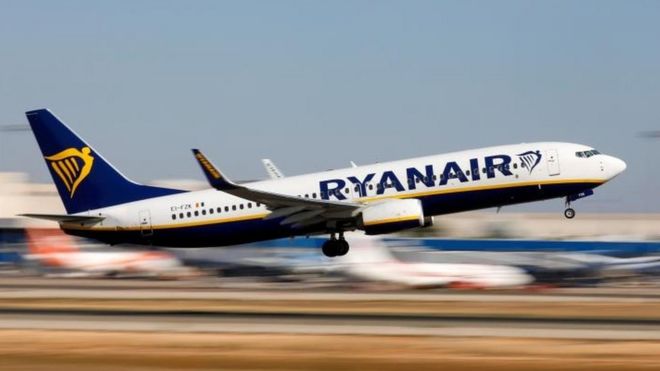 Ryanair has said it expects the controversial Boeing 737 Max plane to be allowed to fly again in the US in the next month or so.

The airline’s boss, Eddie Wilson, said it hoped to start taking delivery of the planes early next year.

No Max planes have flown since March 2019 after issues with its software were linked to crashes in Indonesia and Ethiopia, which killed 346 people.

Before the flight ban, Ryanair had 135 of them on order.

“The first of those we would hope to arrive in very early 2021,” Wilson told Ireland’s Newstalk radio station.

Investigators of the fatal crashes blamed faults in the 737 Max’s flight control system, which Boeing has been overhauling for months in order to meet new safety demands.
Mr Wilson was speaking after the US airline regulator, the Federal Aviation Administration (FAA), issued a draft report on revised training procedures for the 737 Max.

The FAA, which completed test flights last week, has invited comments from interested parties, with a deadline of 1 November.

However, it is not the only regulator putting the modified 737 Max through its paces.

The European Union Aviation Safety Agency (EASA), which started its own testing programme last month, has maintained that clearance by the FAA will not automatically mean the plane is considered airworthy in Europe.