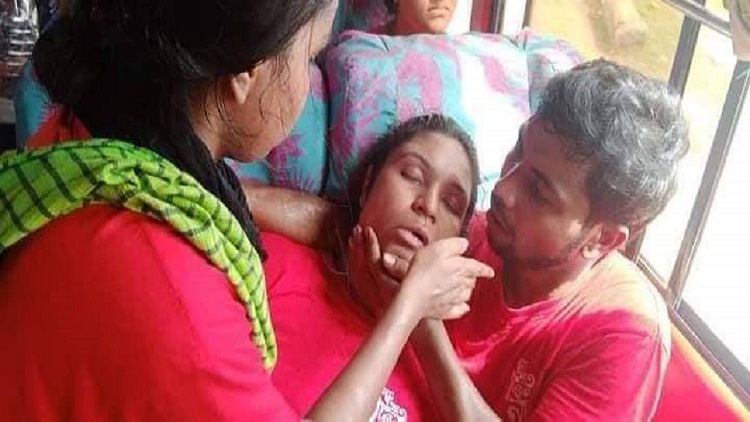 At least eight demonstrators were injured as miscreants swooped on the long march, organised against the growing incidents of rape, sexual harassment and violence against women across the country in recent times and the culture of impunity, in Feni town on Saturday noon.

A group of miscreants attacked the long march activists when they were going to DC office at around 11:30am, leaving 8 people injured, said Pankaj Devnath, general secretary of Chhatra Federation Feni unit.

Earlier, the protesters took part in a meeting held on Shaheed Minar premises in Feni.

Around 400 demonstrators started their long-march programme from Dhaka to Noakhali’s Begumganj upazila on Friday.

The protesters including left-leaning parties, students, youths and rights activists, started their long march under the banner of “Dhorshon O Bicharhinotar Biruddhe Bangladesh” (Bangladesh against rape and impunity) to press home nine-point demand.

Their demands include ensuring exemplary punishment of the perpetrators involved in rape and violence against women, resignation of the home minister and an end to repression of women.

In the wake of widespread protests against the growing incidents of rape, the President has promulgated an ordinance allowing death penalty as the highest punishment for the crime instead of life imprisonment.

The ordinance was issued following waves of anti-rape demonstrations across Bangladesh after a video footage of five men gang-raping a housewife, stripping her naked and filming the video of the incident in Noakhali’s Begumganj upazila, went viral on social media.