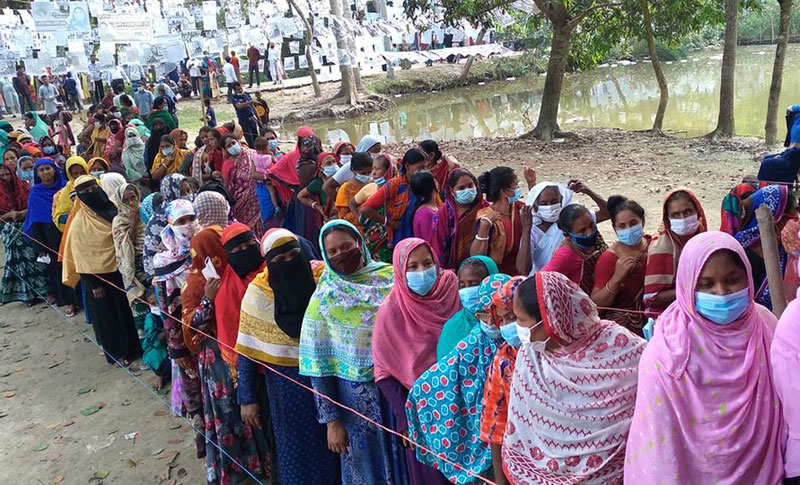 Elections and by-elections to some 208 local government bodies across the country began on Tuesday morning amid tight security.

The voting started at 9:00am and will continue till 5:00pm without any break.
Among the local bodies, regular elections will be held to one Upazila Parishad (Daudkandi of Cumilla) and 15 Union Parishads in different districts.

Besides, by-polls will be held in seven Zila Parishads, eight Upazila Parishads and 177 union parishads.

The 15 union parishads where regular elections will be held are three unions each in Rangpur Sadar Upazila and Lohagara Upazila of Chattogram, two each in Bhangura of Pabna and Madhukhali of Faridpur, one each in Kalapara of Patuakhali, Lalmohan of Bhola, Chuadanga Sadar, Rupganj of Narayanganj and Fatikchhari of Chattogram.

By-polls to chairman posts will be held in 41 Union Parishads.

2020-10-20
Mr. Admin
Previous: Mikes to be muted in US presidential debate to stop interruptions
Next: 184 countries, economies join COVAX: WHO chief