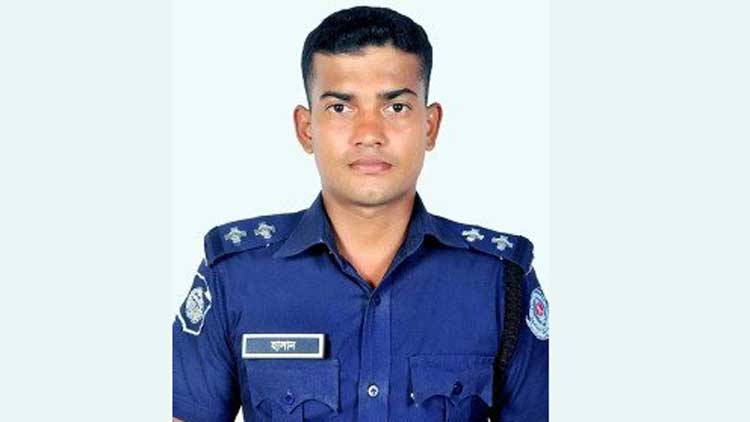 Four people, including SI Akbar, were sacked and three others were withdrawn in connection with Raihan’s death at the Bandarbazar police outpost in Sylhet. Although many of those dismissed and withdrawn were in the police line, the main culprit, SI Akbar Hossain, escaped. In the meantime, a reward has been announced for his capture. Eventually, the name of Akbar’s helper to escape came to light.

SI Hasan Uddin has been suspended for allegedly helping SI Akbar to escape and destroying CCTV footage. He has been taken into the custody of Sylhet Metropolitan Police. SMP’s ADC (Media) BM Asraf Ullah Taher confirmed the information on Wednesday afternoon.

Raihan’s family alleged that Raihan was picked up at midnight on October 10 and detained at the Bandarbazar police outpost. He died at MAG Osmani Medical College Hospital in the morning. During the torture, a policeman named Touhid Mia called Raihan’s family from his mobile phone and demanded money. Family members went to the hospital from the outpost in the morning and identified Raihan’s body.

At the beginning of the incident, the police members of the outpost spread rumors that Raihan was killed in a mass beating in the Kastghar area of the city on suspicion of robbery. But the CCTV footage set up by the city corporation there, which was used by the police as a place of mass beating, did not show any such scene at that time.

Besides, Chulai Lal of Sweeper Alley of Castghar claimed that Raihan was taken away from his house in a healthy condition by the Bandarbazar outpost police on the night of the incident. Raihan’s wife Tahmina Akhter filed a case against the unidentified persons on October 11 at around 2.30 pm. In the case, she mentioned, her husband was tortured to death by police officers who took her to the Bandarbazar outpost.