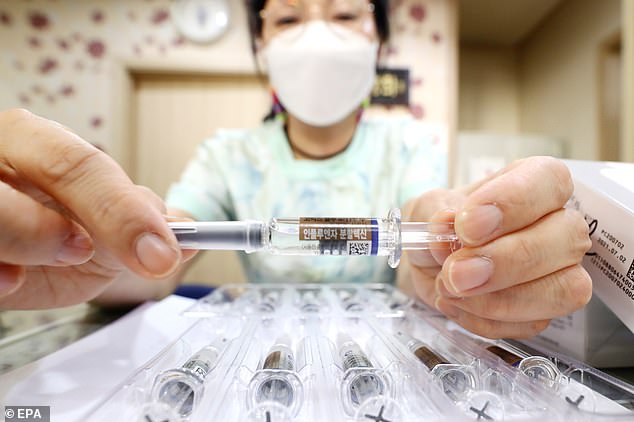 South Korean authorities say the death of a 17-year old has no links to a flu vaccination he received shortly before.

There has been some alarm after a number of deaths following flu shots in the country. At least 32 people have died after getting the vaccine.

Health officials say there is no link to the state-run vaccinations programme, which will continue. So far, some 13m people have been vaccinated, BBC reported.

They are hoping to prevent a mass flu outbreak as the country battles Covid.

The 17-year old boy was among the first reported to have died after receiving the vaccine. Now, the country’s forensic agency says it has found no evidence that the flu shot caused his death.
Prime Minister Chung Sye-kyun expressed condolences to the families of those who died, calling for a thorough investigation into the exact cause of deaths. But he reiterated that the vaccines were unlikely to be the reason.

“So far, experts said there was low possibility that the shots and deaths were related but many citizens remain anxious,” he said.

The Korean Vaccine Society has also advised that the flu shots should continue.

2020-10-23
Mr. Admin
Previous: Russian hackers targeting US state, local governments on eve of election
Next: US Election 2020: Trump and Biden row over Covid, climate and racism

WHO, UNICEF declare end of polio outbreak in the Philippines