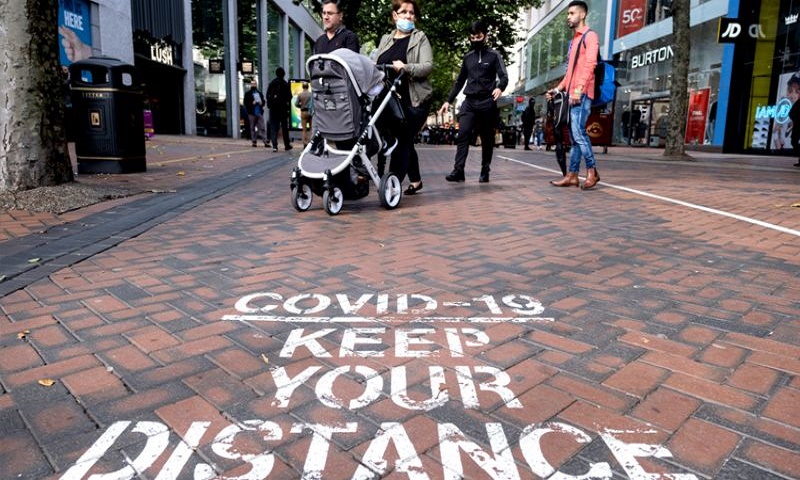 Coronavirus infections continue to rise across the UK, according to the latest data from the Office for National Statistics.
It estimates cases have risen by a quarter to more than 35,200 a day in England.

Infection rates have been highest among teenagers and young adults in recent weeks.

It comes as stricter rules come into force for millions more people across the UK.

Around one in 130 people you might meet in the street in England had coronavirus in the week to 16 October, data from the ONS infection survey suggests.

This compares with one in 180 in Wales and Scotland, and one in 100 in Northern Ireland.

The highest levels of the virus continue to be in the north-west and north-east of England.
Meanwhile, the R number has decreased slightly and is now estimated to be between 1.2 and 1.4. That means every 10 people with the virus pass it on to 12 or 14 others, on average.

The ONS figures are based on a survey of people in random households whether they have symptoms or not, giving one of the most accurate pictures of the epidemic.

Although cases are still rising, they suggest a slight slowing in the rate of growth of infections since the previous week’s survey, BBC reported.