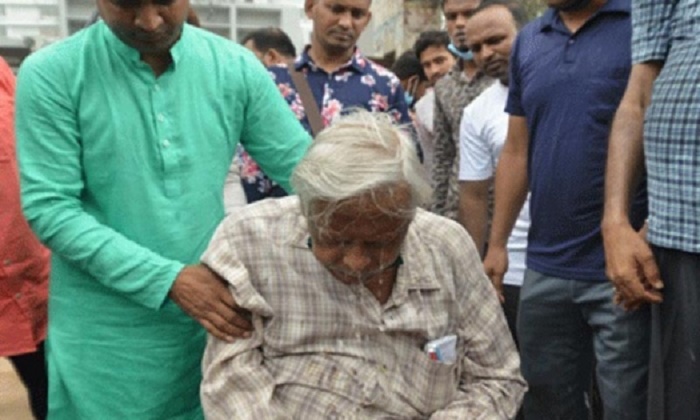 Gonoshasthaya Kendra founder Dr Zafrullah Chowdhury fell sick when he was attending a programme in front of Jatiya Press Club in the capital on Monday noon.

He was participating a rally organised by a journalist organisation demanding release of Daily Sangram Chief Reporter and president of a faction of Bangladesh Federal Union of Journalists (BFUJ)Ruhul Amin Gazi.
However, he delivered his short speech as chief guest at the event.

Later, he was sent to hospital for treatment.