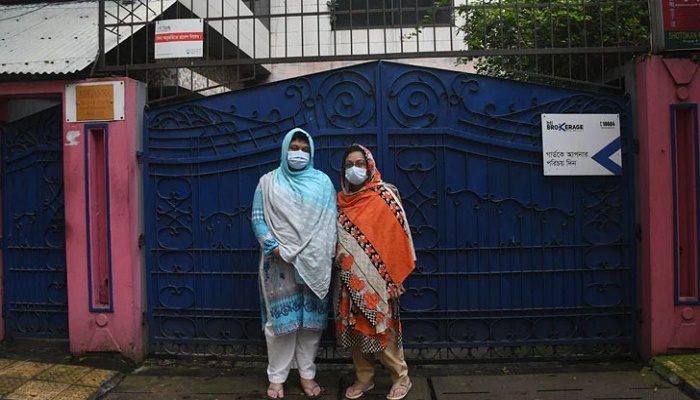 The High Court has directed Gulshan Police to ensure entrance of two nieces of singer Ferdous Wahid into their parental house in Gulshan of the capital.

Mushfika and Mobaswera, two daughters of pilot Mostafa Jaglul Wahid, are staying outside the house as the property is in possession of their stepmother.
A division bench of the HC comprising Justice Md Nazrul Islam Talukder and Justice Ahmed Sohel passed the suo moto order Monday night.

Special Officer of the Supreme Court Saifur Rahman in a press release confirmed the order.

It is learnt that two daughters were born in the house located at road 95 in Gulshan 2. After separation with wife in 2005, Jaglul married an Indian woman named Anju Kapoor.

On October 10, Jaglul passed away. Failing to enter the house constructed on 10 kathas of land in the city’s posh area, two daughters have been staying outside.

The HC asked the Gulshan OC to ensure entrance of Mushfika and Mobashwera into the house and send a compliance report to Special Officer of the Supreme Court Saifur Rahman through telephonic message.
In the order, the HC asked the OC to deploy police in the house to ensure safety of the two siblings till November 1. The OC will have to produce two sisters and step mother before the bench of the HC on November 1.