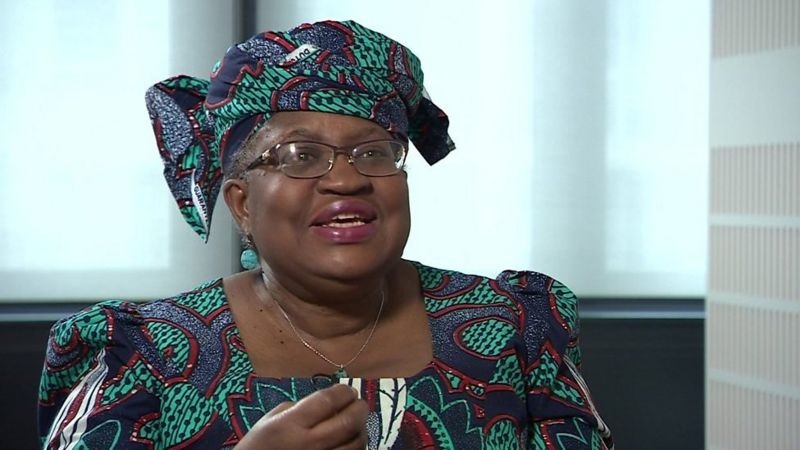 The appointment of Nigeria’s ex-finance minister to lead the World Trade Organization (WTO) has been thrown into doubt after the US opposed the move.
On Wednesday, a WTO nominations committee recommended the group’s 164 members appoint Ngozi Okonjo-Iweala.

She would be the first woman and first African to lead the WTO.

But the US, critical of the WTO’s handling of global trade, wants another woman, South Korea’s Yoo Myung-hee, saying she could reform the body.

Ms Okonjo-Iweala said she was “immensely humbled” to be nominated.

But the four-month selection process to find the next WTO director-general hit a road block when Washington said it would continue to back South Korea’s trade minister.

Ms Okonjo-Iweala, 66, served as her country’s first female finance and foreign minister and has a 25-year career behind her as a development economist at the World Bank, BBC reported.
She also serves on Twitter’s board of directors, as chair of the GAVI vaccine alliance and as a special envoy for the World Health Organisation’s Covid-19 fight.