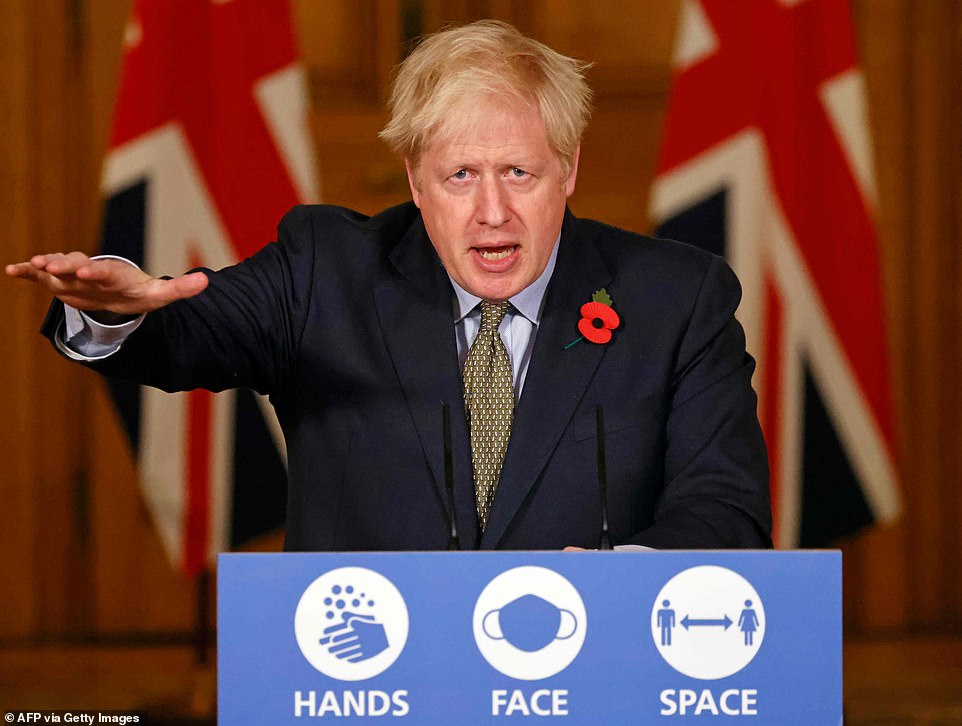 A coronavirus vaccine found to be 90% effective could be rolled out to the highest priority Britons by Christmas, the government’s deputy chief medical officer has said.

The scientist said the vaccine will not make a difference to the wave of coronavirus currently spreading throughout the UK, but said it could help in future waves.

Prof Van-Tam said he is “hopeful we could see some vaccine by Christmas” but he urged people to not “get too over excited about where we are”.

“I’m hopeful that it may prevent future waves,” he said, “but this one we have to battle through to the end without a vaccine.”
He said “we don’t yet know” when life can get back to normal or when coronavirus restrictions can start to be lifted, adding: “it would be a colossal mistake for any of us to relax at this point”.

“We’ve seen a swallow,” he said, “but this is very much not the summer – please don’t relax.”

Professor Van-Tam said age would be “by far and away” the most important factor in determining who should receive the vaccine first – a priority list was updated earlier.

Prime Minister Johnson said the UK has bought enough vaccines to treat a third of Britain’s population – 40 million doses can treat 20 million people – and said the NHS ready to roll the vaccine out to those most in need as soon as the vaccine is approved.

But he warned: “We absolutely cannot rely on this news as a solution and the biggest mistake we could make now is to soften our resolve.”

He said a “significant hurdle” had been passed but there were more to cross before the vaccine could be used.
“I must stress that these are very, very early days,” he said during a Downing Street press conference.

Mr Johnson said he had talked about the “distant bugle of the scientific cavalry coming over the brow of the hill” with a breakthrough.

“I can tell you that tonight that toot of the bugle is louder, but it’s still some way off, we absolutely cannot rely on this news as a solution,” he said.

“The biggest mistake we could make now would be to slacken our resolve at a critical moment.”

In a further attempt to manage expectations, the PM said he didn’t want “to let people run away with the idea that this development today is a home run, a slam dunk, a shot to the back of the net”.
He added: “Of course it’s good news but there is a long way to go before we’ve got this thing beat”.

Professor Van-Tam said it was not known whether the vaccine would prevent transmission of coronavirus.

The one thing known about these vaccines at the moment, he said, “is that they will prevent illness” from Covid-19 as diagnosed by a PCR test.

“We do not know yet if these vaccines will prevent asymptomatic infection.

“And therefore we do not know if these vaccines will prevent virus shedding, and therefore have an effect on community transmission.”

He said that more work was needed to know whether vaccines only “modify disease” or whether they can also prevent transmission.
Meanwhile, the mass testing pilot in Liverpool is said to have had an “encouraging” first weekend.

Last week, Mr Johnson said the trial would “very shortly” be brought to “three other towns around the country”.
Asked at the press conference where would be next, the PM said the government was distributing “hundreds of thousands” of rapid lateral flow coronavirus tests to local authorities right across England and the devolved administrations.

“We’re also working with universities to establish, as soon as possible, similar mass-testing capacity for students up and down the country,” he said.

“But while we are making progress, this project is still in its infancy.

The prime minister was speaking at Downing Street alongside Deputy Chief Medical Officer for England Van-Tam and Brigadier Joe Fossey, who has been leading the mass testing pilot in Liverpool.