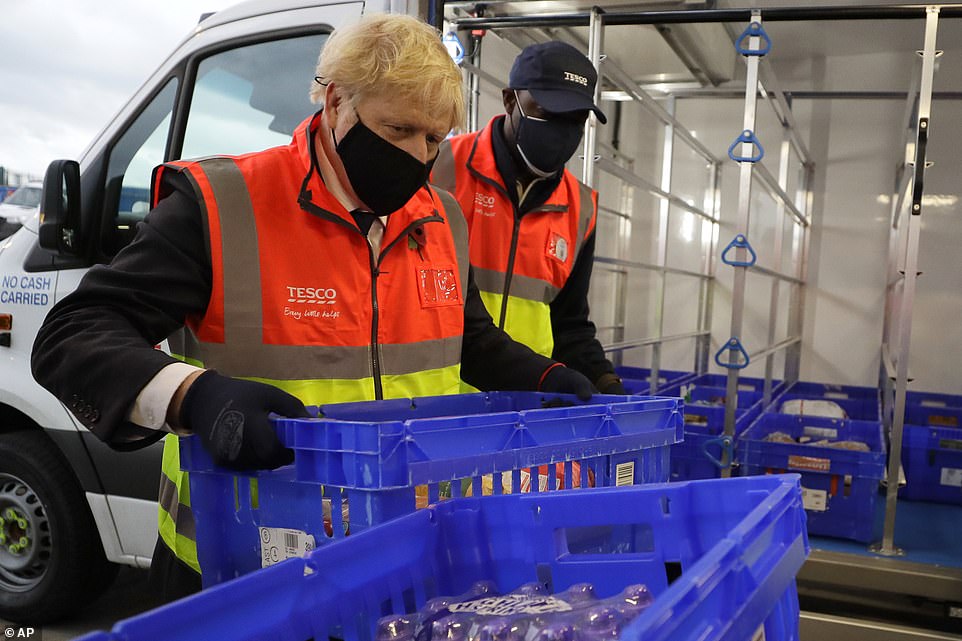 Boris Johnson loads a delivery van with a basket of shopping during a visit to a Tesco.com distribution centre in London,

More than 50,000 people in the UK have now died after testing positive for Covid-19.

The grim milestone was passed on Wednesday after a further 595 Coronavirus deaths were recorded within 28 days of a positive test.

Separate figures published by the UK’s statistics agencies for deaths when Covid-19 has been mentioned on the death certificate, together with additional data on deaths that have occurred in recent days, show there have now been more than 65,000 deaths involving coronavirus in the UK.

On Wednesday, a further 22,950 positive coronavirus cases were announced, meaning more than 1.25 million people in the UK have tested positive for the disease.

A further 361 people who tested positive for coronavirus have died in hospital in England, bringing the total number of confirmed deaths reported in hospitals to 35,324, NHS England said on Wednesday.

Patients were aged between 43 and 102. All except 20, aged between 58 and 95, had known underlying health conditions.

The deaths were between October 13 and November 10.

Eleven other deaths were reported with no positive Covid-19 test result. Northern Ireland 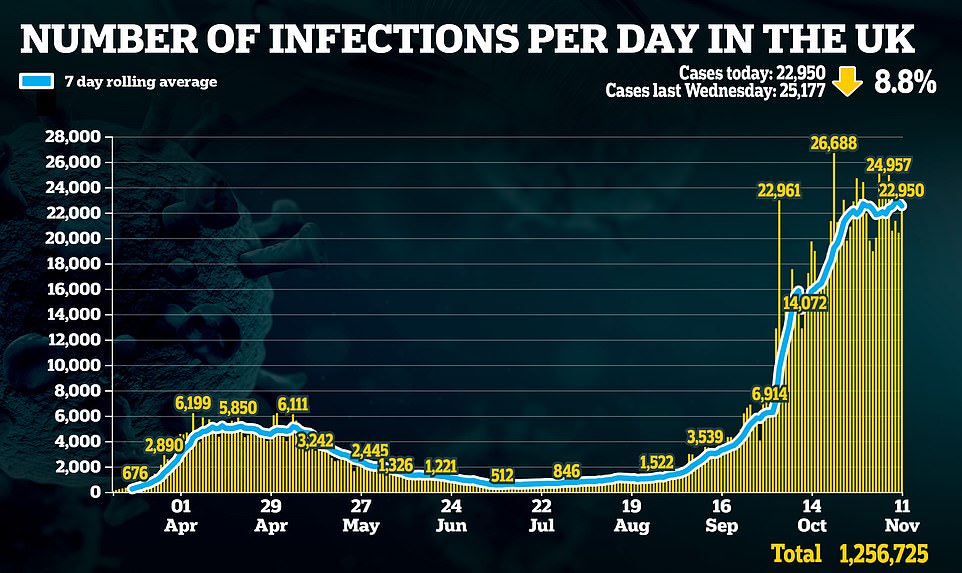 The Department of Health for Northern Ireland said: “791 individuals have tested positive for Covid-19 in the past 24 hours. Sadly, a further eight deaths have been reported.” Scotland

In Scotland, 64 new deaths have been reported, which takes the total to 3,143.

According to the National Records of Scotland, however, a total of 4,856 people have died in Scotland with confirmed or suspected coronavirus.

The statistics are published weekly and account for all deaths registered in Scotland where Covid-19 was mentioned on the death certificate.

They differ from the lab-confirmed coronavirus deaths announced daily by the Scottish Government because the NRS figures include suspected or probable cases of Covid-19.

There have been 45 new deaths reported in Wales,  where the overall death toll stands at 2,108.