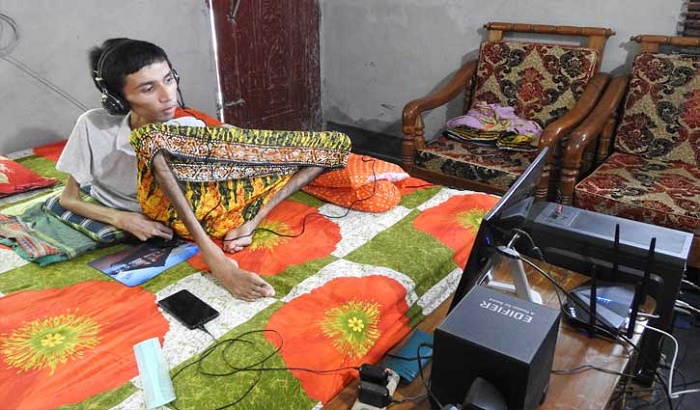 Fahim-ul Karim, who became self-reliant by doing freelance work at home after overcoming his physical disability, has died at a hospital in Faridpur on Wednesday night.

He breathed his last at Faridpur Medical College Hospital around 10:45 pm while undergoing treatment.
According to family sources, Fahim was admitted to the hospital on Wednesday morning after he felt unwell.

Doctors at the hospital said the young man was suffering from Duchenne Muscular Dystrophy (DMD) for long.

Earlier, 22-year-old Fahim lost his body sense due to a rare disease. He was only to able move the head and two fingers of the right hand.

But he was earning TK 50,000 each month through outsourcing using his some parts of the body. Pleased with his work, State Minister for Information and Communication Technology (ICT) Zunaid Ahmed Palak gave a laptop to Fahim.