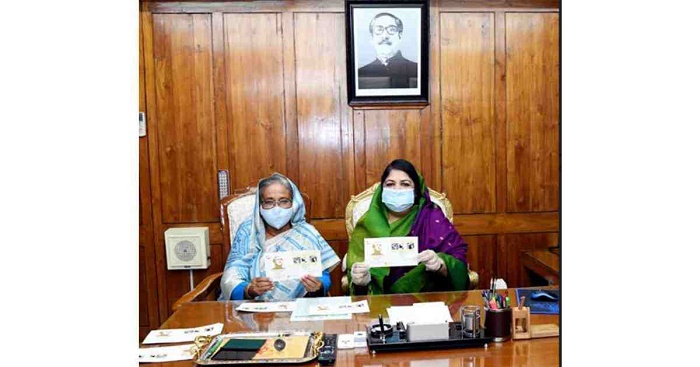 Prime Minister Sheikh Hasina on Thursday released a commemorative postal stamp on the occasion of special session of Parliament summoned in the Mujib Borsho, marking the birth centenary of Father of the Nation Bangabandhu Sheikh Mujibur Rahman