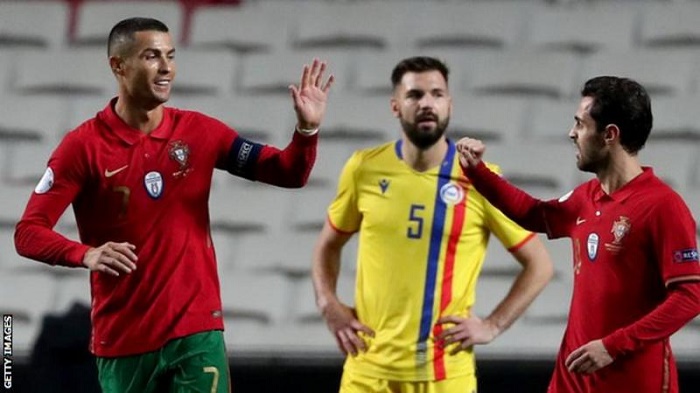 Ronaldo, 35, scored his 102nd goal for his country with a powerful header and is now seven behind the record of Iran’s Ali Daei.
Wolves forward Pedro Neto also scored on his debut – one of five Wanderers players in the Portugal squad.

Michy Batshuayi scored twice for Belgium as they beat Switzerland 2-1.

And Leicester winger Cengiz Under scored as Turkey and Croatia drew 3-3.

With 127 places in the latest Fifa rankings between Portugal (seven) and Andorra (134), the logic of a friendly before two rounds of Nations League matches could be questionable.

Juventus forward Ronaldo was left on the bench as a precaution after picking up an ankle injury against Lazio last weekend and replaced Neto at the break.

He scored Portugal’s sixth goal with five minutes left with a thumping header.