Don't Miss
Home / Bangladesh / US has many things to learn from Bangladesh’s election: CEC

US has many things to learn from Bangladesh’s election: CEC 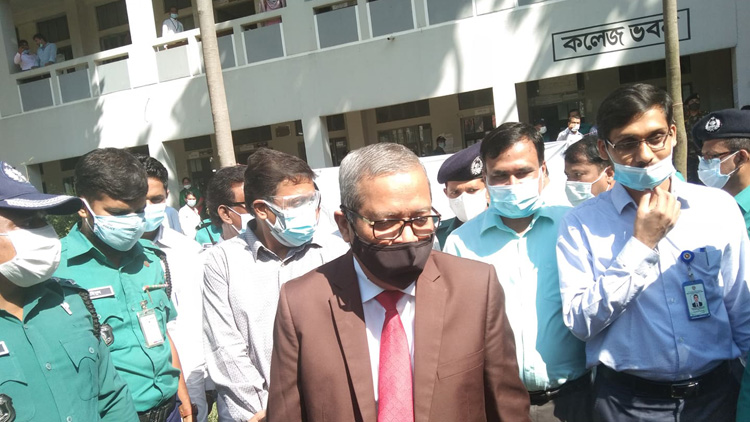 Chief Election Commissioner (CEC) KM Nurul Huda on Thursday said that the United States of America (USA) has many things to learn from the election in Bangladesh.

Nurul Huda came up with the comment while talking to journalists after casting his vote at IES School centre in Uttara.

“The US can learn from our election process. It requires five days to count votes in USA but we can complete it within 3-5 minutes,” Nurul Huda said.

Refuting the allegations of BNP candidate SM Jahangir, he said the voting in Dhaka-18 and SIrajganj-1 by-election is going on peacefully.

Earlier, by-elections in Dhaka-18 and Sirajganj-1  began in the morning with participation of the two major parties, Awami League (AL) and Bangladesh Nationalist Party (BNP), along with contenders from other political parties.

The voting started with the use of Electronic Voting Machines (EVMs) at 8:00am and will continue till 4:00pm without any recess.

There are 577,773 voters under 215 polling stations in Dhaka-18, comprising the 14 wards and Airport area under Dhaka North City Corporation (DNCC). The DNCC wards are 1, 17 and 43-54, located in Uttara, Cantonment and Gulshan Thana respectively.

In Sirajganj-1, two candidates — AL’s Tanvir Shakil Joy and BNP’s Selim Reza — are in the electoral race. There are 345,603 voters under 168 polling stations in the constituency, comprised of Kazipur Upazila and five unions of Sirajganj Sadar upazila.

The Election Commission (EC) imposed restrictions on movement of vehicles — particularly motorcycles, private cars, trucks and other motorised vehicles — in the election areas.

On September 28, the Election Commission announced the by-polls schedule for the two constituencies.