Cases filed over torching of 9 buses in city 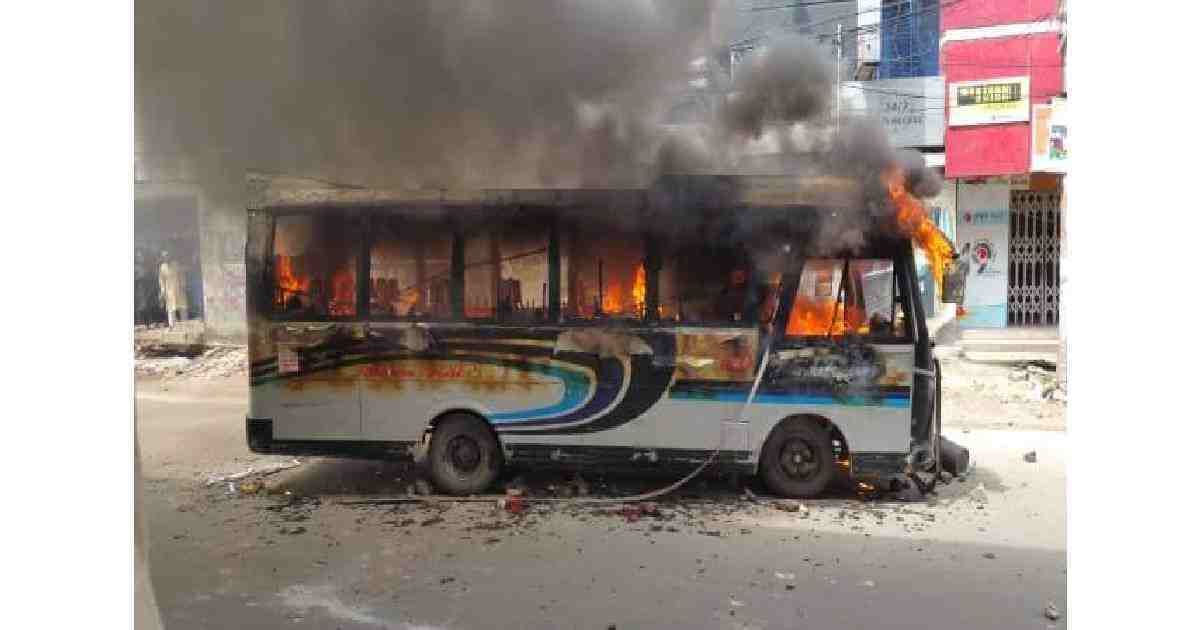 Nine cases were filed at different police stations in the capital on Friday for arson attacks on as many vehicles, including two government staff buses and a BRTC double-decker bus.

Two cases were filed each at Motijheel, Shahbagh and Paltan police stations.

So far, 20 people have been arrested in the cases, he said.

On Thursday, nine vehicles were torched at separate places of the capital.

Officer of Fire Service and Civil Defence Control Room Russell Ahmed said the first bus was torched in front of the Madhumita Cinema hall at 12:35pm. The second one was set afire beside the Pir Yamini Market at 1:30pm.

Another bus was torched beside Katabon in Shahbagh area and another at Shahjahanpur of Khilgaon at 1:47pm.

Later, at 2:02pm, another bus was set afire in front of the secretariat. The sixth one was burnt at Naya Bazar area around 2:28pm and the seventh one at Coca-Cola crossing of Bhatara around 4:32pm.

Sources at the DMP crime command and control centre said a BRTC double-decker bus was set on fire in front of Pubali petrol pump of Motijheel at around 3pm and another vehicle was torched near the BNP headquarters around 2:05pm.