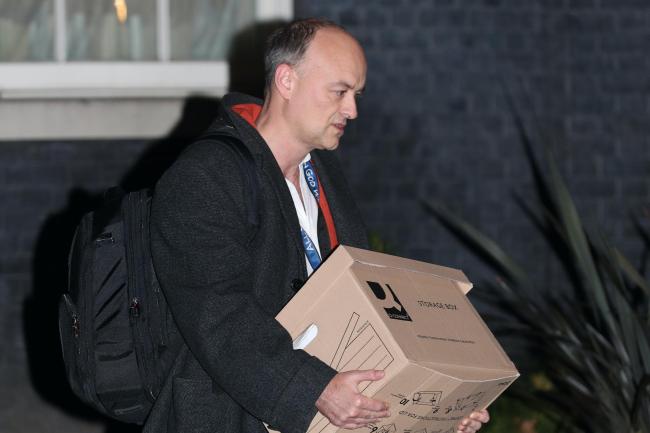 Sir Edward Lister was announced as the interim chief of staff pending a permanent appointment.

The dramatic events have come with Brexit headed to a crucial phase next week, as London seeks a trade deal with Brussels ahead of the end of the transition period on December 31.

The Sun reported there was a “shouty” confrontation between Mr Johnson and Mr Cummings over the ousting of Mr Cain and that a “livid” Prime Minister wanted both out “sooner rather than later”.

The BBC reported Mr Cummings’s departure had been brought forward given the “upset in the team” and that the PM wanted to “clear the air and move on”. 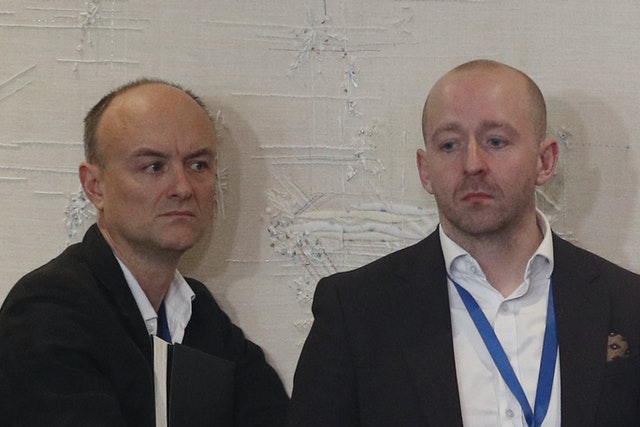 Some media reports have said Mr Cummings has quit his post with immediate effect. The PA news agency understands he and Mr Cain will still be employed until the middle of next month, with other reports suggesting Mr Cummings will work from home on projects such as mass testing.

Despite the controversy surrounding the two departures, Mr Cummings has said his “position hasn’t changed since my January blog”, in which he said he hoped to be “largely redundant” by 2021.

Conservative backbenchers have urged No 10 to use the exit of the aide – whose mid-lockdown trip to Durham cemented his notoriety – as an opportunity to restore several important values in the relationship between No 10 and Tory MPs.

Senior Tory MP Sir Bernard Jenkin said it was time to restore “respect, integrity and trust” to the relationship, elements which had been “lacking in recent months”.

The Daily Telegraph said tensions within No 10 were running high, with Mr Cummings accused of briefing against the Prime Minister.

The newspaper reported Mr Cummings was said to have told colleagues Mr Johnson was “indecisive” and that he and Mr Cain relied on Cabinet Office minister Michael Gove for clarity.

It was also suggested the PM was angered by claims a faction headed by Mr Cummings and Mr Cain had been “briefing against him” and his fiancee Carrie Symonds.

Meanwhile, shadow health secretary Jonathan Ashworth highlighted the strain being heaped on the NHS and the public by Covid-19 while “Downing Street is paralysed by the soap opera of these self-indulgent spin doctors”.

The Prime Minister’s official spokesman, James Slack, who will replace Mr Cain in the new year, insisted Mr Johnson is not being distracted from the national crisis by the row.

“What the Prime Minister and the Government are focused upon is taking every possible step to get this country through the coronavirus pandemic,” he said