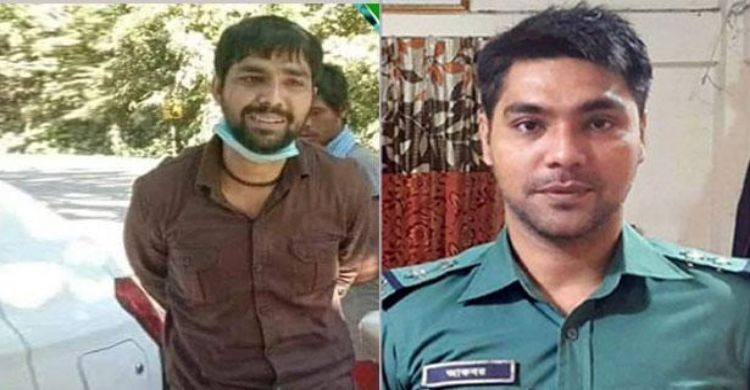 SI Akbar Hossain Bhuiyan, the main accused in the Raihan Uddin Ahmed murder case at the Bandar Bazar police outpost in Sylhet – who was remanded for seven days, fell ill on Friday evening. He was later taken to Osmani Medical College Hospital around 9:00 pm.

“After treatment at the emergency department of the hospital, the PBI took him back at around 9:30 pm,” confirmed SI Faruk Ahmed, in-charge of Osmani hospital police outpost.

When SI Akbar fell ill, the PBI brought him to the emergency department of Osmani Hospital. He was taken back after treatment there, he said.

He will be produced before the court on Tuesday after a seven-day remand. Akbar will testify in court that day, PBI sources said.
The PBI remanded him for seven days on November 10.

PBI’s Sylhet Superintendent of Police Khaled-uz-Zaman said Akbar was being interrogated as per rules. The information that Akbar is giving will be checked and sorted later. “Nothing can be said now in the interest of investigation. He will be produced before the court on Tuesday after remand,” he added.

In response to a query, SP Khaled-uz-Zaman said the overall issues including the evidence of the case will come up in the investigation.

Raihan, son of Rafiqul Islam of Neharipara in Akhalia, died while undergoing treatment at Sylhet MAG Osmani Medical College Hospital on October 11 after being tortured by police at Bandarbazar police outpost.

On the night of October 12, Raihan’s wife filed a case with Kotwali police station.