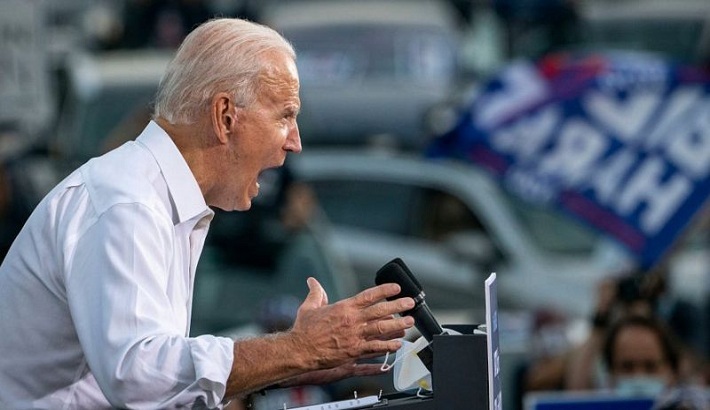 US President-elect Joe Biden has won the state of Georgia as the first Democratic candidate to do so since 1992.
The win solidifies Mr Biden’s victory, giving him a total of 306 votes in the electoral college, the system the US uses to choose its president.

Mr Trump, who has refused to concede, has for the first time alluded to a possible new administration in January.

Looking subdued, the president stopped short of conceding the race and did not mention Mr Biden by name in his first official appearance since the election during a briefing of his coronavirus task force.

“This administration will not be going to a lockdown,” Mr Trump said at the White House Rose Garden, as the country faces growing outbreaks of the virus. “Hopefully… whatever happens in the future – who knows which administration will be. I guess time will tell.”

The president did not take questions from reporters. Pressure is growing on Mr Trump, a Republican, to acknowledge Mr Biden’s victory and help prepare the transition from one administration to another.