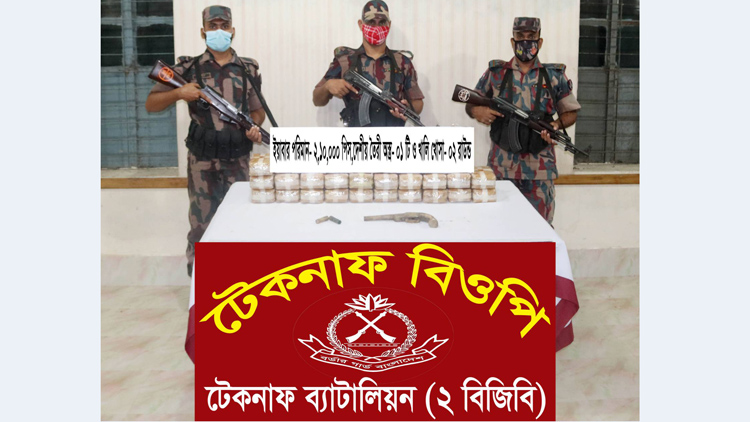 A suspected Yaba trader was killed in a reported gunfight with members of Border Guard Bangladesh (BGB) at Sluice Gate in Teknaf upazila of Cox’s Bazar district early Saturday.

The identity of the deceased could not be known yet.
Tipped off, a team of BGB-2 conducted a drive and challenged a boat carrying three people along no 1 sluice gate of the Naf River, said a press release of BGB headquarters.

Sensing danger, the criminals opened fire on BGB men, forcing them to fire back that triggered a gunfight.

At one stage, all the criminals jumped into the river in a bid to flee.

Later, the BGB members arrested a man with bullet injuries and took him to a local hospital where doctors declared him dead.

Two BGB men were also injured during the incident.

A locally made firearm, 2.10 lakh Yaba tablets worth Tk 6.30 crore, and two bullets of cartridges were recovered from the spot.