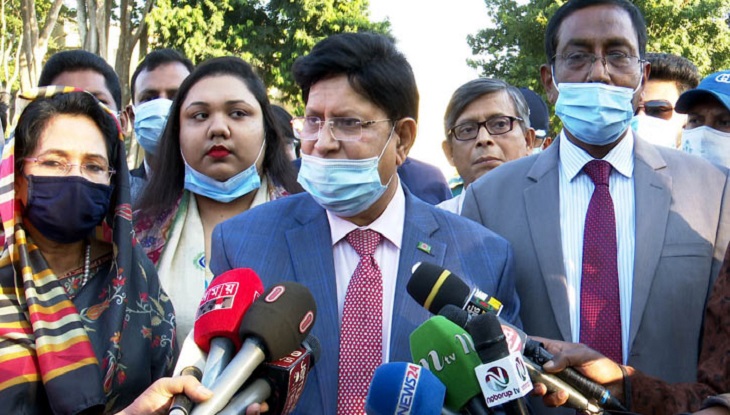 “India frequently reiterates (its commitment) about it. It remains ready to be signed. I think it would be done,” he told reporters at Rajshahi College but did not give any possible signing date.
He said the Teesta deal could not be signed due to India’s internal reason.

Dr Momen said human resources and rivers are very important assets but it will be a curse for all if they cannot ensure best use of these.

The Foreign Minister said Bangladesh and India are working on 54 common rivers.

In October last year, Prime Minister Sheikh Hasina highlighted that the people of Bangladesh have been waiting to see the early signing and implementation of the framework of interim agreement for the sharing of Teesta waters as agreed upon by both governments in 2011.

Indian Prime Minister Narendra Modi informed that his government is working with all stakeholders in India for the conclusion of the agreement at the soonest possible time, according to a 53-point joint statement that termed the relations between the two countries “a bond transcending strategic relationship”.

Indian High Commissioner to Bangladesh Vikram Kumar Doraiswami has conveyed his government’s commitment to finding mutually acceptable solutions to all the issues with Bangladesh.
Bangladesh and India are in discussion to hold a Water Resources Secretary-level meeting in December before the Minister-level talks between the two countries on water issues, officials said.

Dr Momen said the government of Prime Minister Sheikh Hasina will never sign any deal against interest of the country and its people but will enhance connectivity with India for a win-win situation for both.

Responding to a question, Dr Momen said the government has planned to shift 100,000 Rohingyas to Bhasan Char for better living with economic opportunities for Rohingyas.

However, no date is fixed yet to relocate them from congested Cox’s Bazar camps.

“We wanted to avoid risk of landslides and deaths in Rohingya camps,” Dr Momen said.

He hoped the new US government under Biden administration will have stronger voice on Rohingya issue.

The Foreign Minister hoped to see growing trade and investment relations between Bangladesh and the US.

“I believe they will come on their own for win-win situation. Bangladesh is a land of opportunity,” he said.

Dr Momen said Bangladesh and the US will speak in one voice on climate issues with increased assistance from the US.

Responding to a question, the Foreign Minister said GSP is not an important issue for Bangladesh as it does not matter in a big way. “It’s not a big issue.”

He, however, said the big issue is over 15 percent tariffs that the US government imposes on products from Bangladesh.