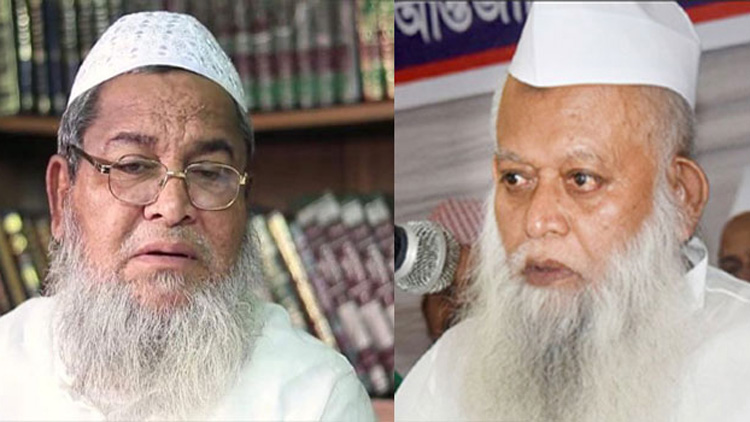 They were elected in the central council session held at Hathazari Madrasa in Chattogram on Sunday amid tension as a faction close to the organisation’s late amir Shah Ahmad Shafi’s family on Saturday urged to cancel the assembly.
They also formed a 151-member new committee in the council.

With Hefazat’s Nayeb-e-Ameer Muhibullah Babunagari (maternal uncle of Junayed Babunagari) in the chair, the meeting commenced at 10:30 am with the participation of several hundred councillors, advisers, top Islamic leaders and scholars.

The post of the Ameer fell vacant after Shafi died while undergoing treatment at Asgar Ali Hospital in the capital on September 18. Shafi was the director geral of Al-Jamiatul Ahlia Darul Ulum Moinul Islam, also known as the Hathazari Madrasa.

Hefazat was formed in 2010 and came to prominence by mobilising opposition to the Shahbagh Movement in early 2013.

2020-11-15
Mr. Admin
Previous: Thousands rally behind Trump, insisting he won race he lost
Next: Covid-19: Life should be back to normal in next winter, says vaccine creator