Man held with 12 skulls, two bags of bones in Mymensingh 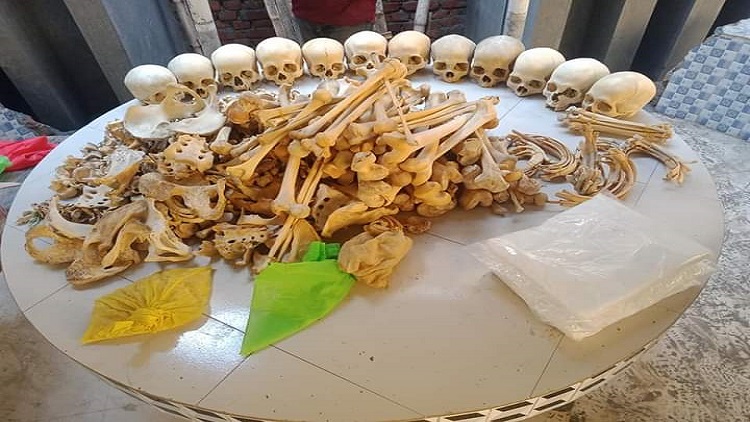 Police arrested a man with 12 pieces of human skulls and 2 bags filled with human bones from a house in Ramkrishna Mission road in Mymensingh city on Sunday.

The arrestee is identified as Bappi, son of Abul Hossain, a resident of Karibari graveyard area of Mymensingh city.
Police assumed that Bappi might have collected the skulls and bones from various graveyards of the city for smuggling those to abroad.

Confirming the news, Mymensingh Kotowali Police Station officer-in-charge (OC) Firoz Talukdar said that a process is underway to file a case against the arrestee in this.