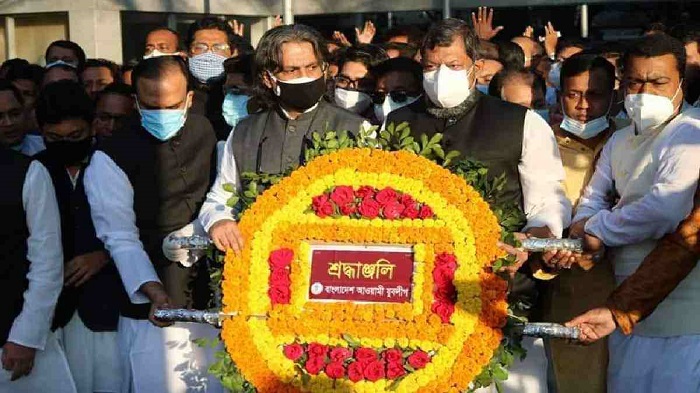 The newly declared full-fledged committee of Jubo League paid tribute to the Father of the Nation Bangabandhu Sheikh Mujibur Rahman on Sunday.

New Jubo League Chairman Sheikh Fazle Shams Parash and General Secretary Mainul Hossen Khan Nikhil with the members of new committee placed a floral wreath at the portrait of Bangabandhu at Dhanmondi Road-32 in the city.

A 201-member full-fledged committee of Awami Jubo League was announced at the Awami League president’s Dhanmondi political office Saturday afternoon after one year of the congress. 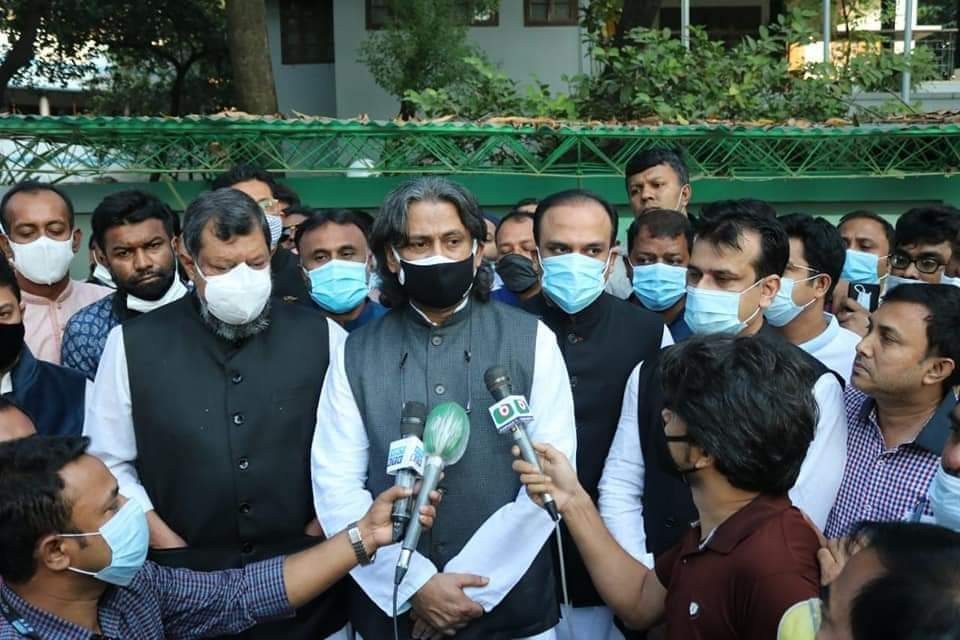 After paying respect to Bangabandhu, the Jubo League Chairman said the committee will contribute to build a non- communal Bangladesh.

General Secretary Nikhil said the organisation will be strengthened from the grassroots level.

Later, they went to the Banani graveyard to pay their respect to the martyrs of August 15, 1975.