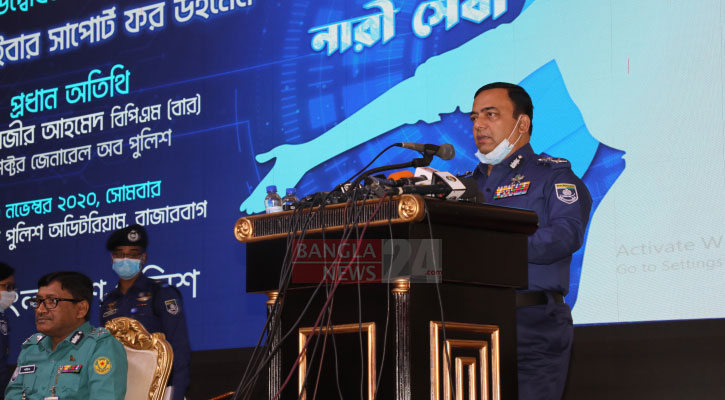 Bangladesh Police have launched a unit to create safe cyberspace for woman and providing technical and legal support to them and building awareness among the people against cybercrimes.

Inspector General of Police Benazir Ahmed launched the wing ‘Police Cyber Support for Women’ at the Rajarbagh Police Lines Auditorium on Monday.
While speaking in the occasion, the police chief said anyone will be able to avail service from the cell through their Facebook page, email and hotline. The wing will receive allegations of harassment against women in the cyberspace and provide necessary advice and legal assistance to victims.

Mentioning that 68 percent victims of cybercrimes in Bangladesh are women, he said that who are victims of cyber bullying, ID hacking, publishing sensitive information-pictures-videos, sexual harassment etc can submit complaints here.

“So far 6,000 cases have been filed in connection with cybercrimes. Among them, most of the victims are women,” the police chief said.

The specialty of this unit is that those who will serve here — investigation and counselling– will be female members of the police so that victims can feel free to share their problems, said the police chief.

Different units — DMP, DB, CID and PBI — are working on these crimes. The newly formed wing will work through coordination with these units, he said.

The IGP said that victims can contact the newly formed cell through 999 from any part of the country.