The elimination diet for skin 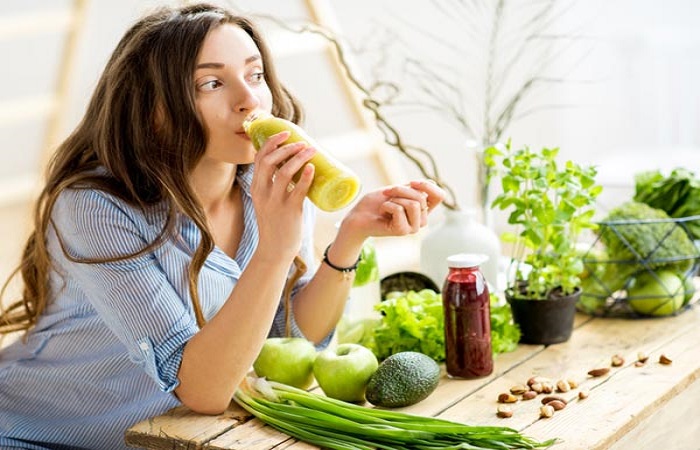 When Jodie Naglie moved back into her parents’ home in Orange County, California, to quarantine last spring, the first thing she did was upgrade her skin-care collection.

Newly flush with cash after giving up a San Francisco apartment, Naglie, 27, an account manager at an advertising agency, could finally afford the products recommended by influencers who “blew up” on TikTok during the pandemic, like Charlotte Parler and What’s on Vi’s Face.

Her skin looked flawless for a couple of days, and then the irritation started. She abandoned her new regimen as quickly as she committed to it, applying nothing but moisturizer for 10 days before rebuilding a streamlined routine. Now, she uses a cleanser, a single serum and moisturizer.

“It seemed like there was an overwhelming number of things I needed to prepare my skin for — and I needed to start doing it now,” Naglie said. She felt pressure to use retinols, vitamin C, niacinamide and other of-the-moment ingredients that are supposed to clear blemishes and prevent wrinkles and saggy skin.

This is why April Gargiulo, the founder of the Vintner’s Daughter skin-care brand, sells only two products, a water-based hydrator and an oil-based serum. Combined, they contain all the ingredients one typically gets from a multitude of items, Gargiulo said. She recommends using both, along with a sunscreen, and nothing else.

Dr Ellen Marmur, a dermatologic surgeon and founder of MMSkincare, makes three serums — one for the morning, one for the evening and another that can be used any time. Simplicity has always been the foundation of Clinique, which introduced its 3-Step System in 1968: a cleanser, a toner and that iconic yellow moisturizer. It remains a bestseller to this day.

They are the antithesis of the Korean beauty brands that swept the United States several years ago, which made applying 10 skin-care products before going to bed an acceptable thing to do.

Influencers on YouTube, Instagram and now TikTok made videos about their lengthy regimens, mostly with products they got for free or were paid to use. Many viewers were captivated by these maximalist routines, from cleansing (and cleansing again) to gently patting on a facial oil, the finale.

It makes for great theatre, but it turns out that most people probably don’t need half of the things they’re using. Doctors and beauty experts say that many of the products lining bathroom vanities — the second cleanser, toner, essence, scrubs, neck cream and, yes, even eye cream — usually fall short of addressing the concerns they claim to.

“Ninety-five percent of people are using too many products,” said Dr Heather Rogers, a dermatologist and founder of Doctor Rogers Restore, a skin-care line of four products (one is an all-purpose healing balm). “It’s actually making their skin irritated, ageing them or not getting them where they need to be.”

Rogers, Marmur and Gargiulo don’t make (or use) eye cream, a huge moneymaker because it comes in a tiny jar that costs the same or more than the moisturizer it contains.

And often, eye cream is not that much different from facial cream, according to Marisa Plescia, a cosmetic chemist at Bell International Laboratories and a research scientist at NakedPoppy, an online beauty store. (She noted that there are exceptions with specialized ingredients like caffeine, which you would not find in a facial cream.)

“I’m using just cocoa butter and it’s $3.59 at CVS, and it’s just fine,” said Roxanne Brown, a fashion stylist in New York. “I have friends who literally buy every product, and they’re like, ‘My skin is going crazy.’”

Many of her peers had a similar experience to Naglie’s: The more skin-care products they used, the more issues they had. “You need products for the products,” Brown said.

A combination of taut, glowy influencers, who rely on elaborate routines to get views, and brands, under pressure to introduce a set number of new products per year (to meet sales goals), are partly to blame.

And the pandemic didn’t help the product pile-on. Interest in self-care skyrocketed, and people tuned into more skin-care tutorials, stuck at home and ready to experiment. Followers were chasing the perfect complexions staring back at them from the screen.

“Consumers buy products because they think they will look like influencers look on social media,” said Plescia, who added that influencers may well be using Botox or lasers. “Their skin already looks flawless. It’s a show.”

Instead, she said, the focus should shift to realistic outcomes. Multitaskers that combine steps with high levels of active ingredients could appeal to women who are short on time, money or both. Doctor Rogers Restore face cream and lotion are meant to be used as eye creams, and MMSkincare’s serums, $85 each, double as moisturizer.

This, along with a trend toward simplicity, is changing the way we perceive skincare. Many people are reassessing what their skin needs (less), just as many in the fashion industry are rethinking their addictions. There will always be a consumer who craves the ritual of a long skin-care routine (and one with an aversion to repeating outfits), but brands are starting to cater to increasingly minimalist shoppers.

“It doesn’t mean that consumers will go back to one product,” said Michelle Freyre, the global brand general manager at Clinique. “They’ll go back to more simple routines. That whole behaviour, the buying everything that an influencer is telling you, the 20,000 products — that’s going to happen a lot less.”

Tina Craig, also known as Bag Snob, the name of the designer handbag blog she started 15 years ago, used to travel with an extra suitcase of 20 full-size skin-care products (and a few pairs of shoes).

At its peak, Craig’s evening routine reached 15 steps (and 30 minutes). She proudly blogged about this, sharing the exhaustive list of emulsions she applied to her face, morning and night. One time, she cancelled a flight to Las Vegas because she forgot her skin-care suitcase. (She flew out the next day.)

Eventually, the number of products got out of hand, and Craig’s rosacea flared up. She knew she had to downsize.

Last year, she came out with U Beauty, a skin-care brand with a serum, the Compound, and a moisturizer, the Super Smart Hydrator. Craig will “leave room for newness” but plans to stick to her Four C’s ideology: cleanse, compound, cream and cover (with sunscreen).

Today, she uses only two or three products, no more and no less.