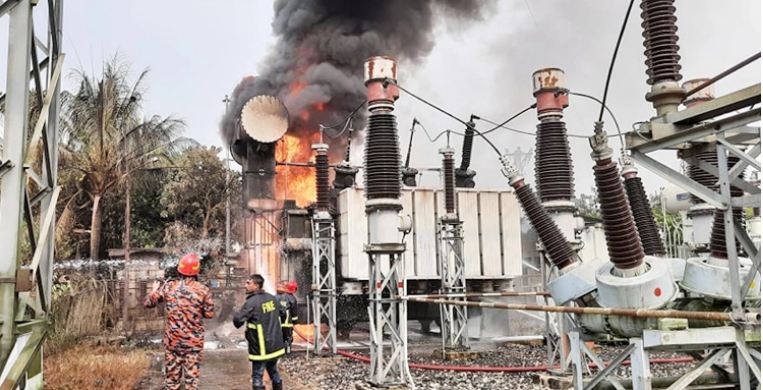 A vast area of Sylhet division has been hit by a power outage after a blaze erupted at Kumargaon power station on Tuesday.

According to official sources at Power Grid Company of Bangladesh (PGCB), the fire broke out at the 120MW Power Station around 11:15am, but it was not clear what caused the fire.
Soon after the incident, five units of Fire Service and Civil Defence rushed to the spot and brought the fire under control in its two hours frantic efforts, the sources said.

Power supply to Sylhet district remained suspended since the incident.