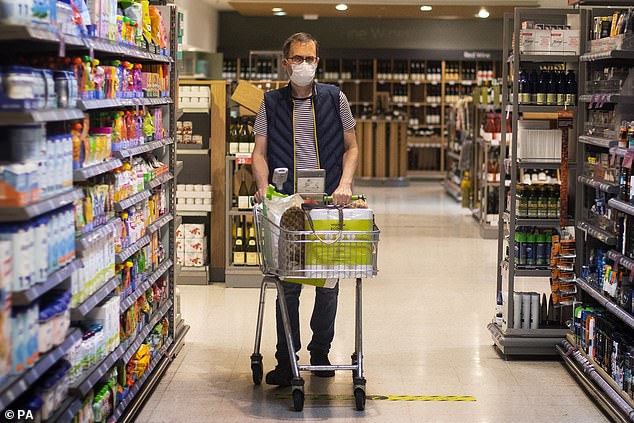 Supermarkets had the most visits from people who then tested positive, a Public Health England report says

A further 501 people have died within 28 days of testing positive for Covid-19 as of Thursday, bringing the UK total to 53,775, the government has confirmed.

The government also announced that, as of 9am on Thursday, there had been a further 22,915 lab-confirmed cases of coronavirus.

Separate figures published by the UK’s statistics agencies for deaths where Covid-19 has been mentioned on the death certificate, together with additional data on deaths that have occurred in recent days, show there have now been 69,000 deaths involving Covid-19 in the UK. 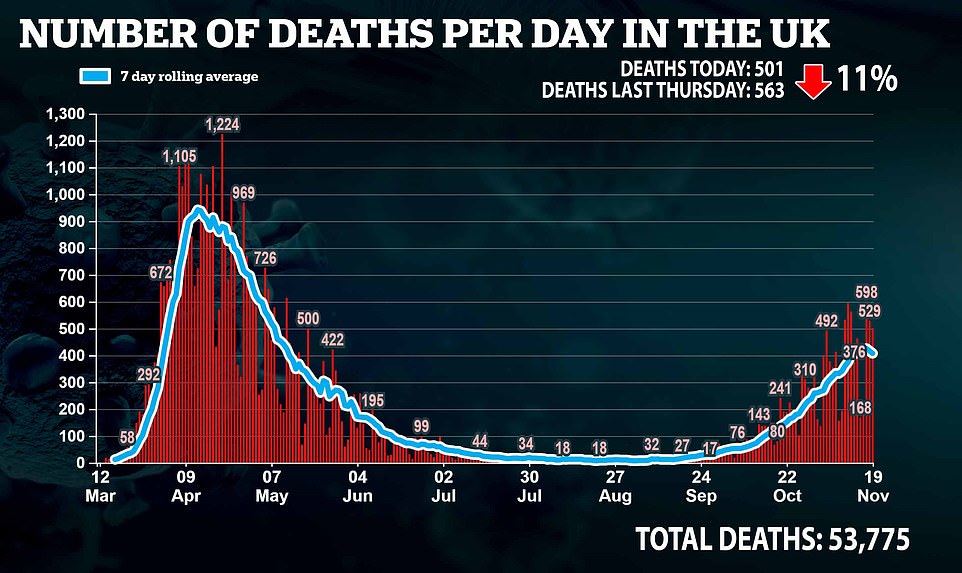 A further 346 people who tested positive for coronavirus have died in hospital in England, bringing the total number of confirmed deaths reported in hospitals to 37,470, NHS England said on Thursday.

Patients were aged between 35 and 102. All except nine, aged between 54 and 99, had known underlying health conditions.

The deaths were between October 19 and November 18, with the majority being on or after November 16.

Nineteen other deaths were reported with no positive Covid-19 test result. 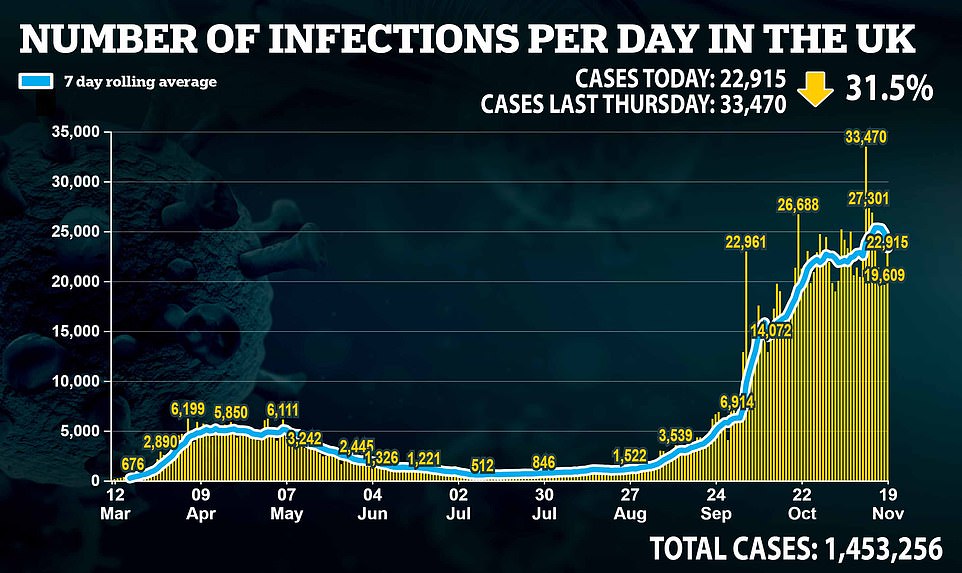 There have been a further 1,048 cases of coronavirus in Wales, bringing the total number of confirmed cases to 69,497.

Public Health Wales reported another 23 deaths, taking the total in Wales since the start of the pandemic to 2,307.

There were 12 further deaths and 487 new cases reported by the Department of Health.

Additionally, a further 1,089 positive tests were recorded in the previous 24 hours.