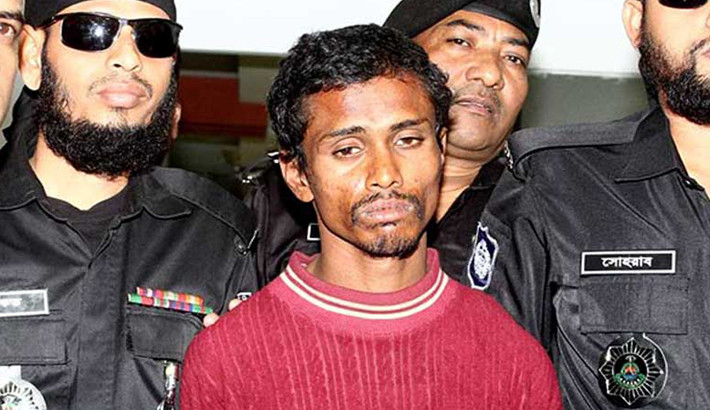 A Dhaka court has sentenced a man to life term imprisonment in a case filed over the rape of a Dhaka University student in the city’s Kurmitola area on January 5 last year.

Judge of Dhaka Women and Children Repression Prevention Tribunal-7 Begum Mosammat Kamrunnahar passed the verdict on Thursday in presence of the lone accused.

The life term awardee has been identified as Md Majnu.

Majnu was also fined Tk 50,000, in default to which he would have to spend six more months in jail.

On November 12, the court fixed the date for delivering judgement in the rape case.

Earlier on August 26, a tribunal framed charges against lone accused Md Majnu in the case.

On January 16, Majnu confessed before a court to his crime.

According to the case statement, Majnu choked the girl and dragged her to a nearby bush where he hit her and tried to kill her after rape on January 5 last year.

He also looted the victim’s belongings, including a mobile handset and a bag.