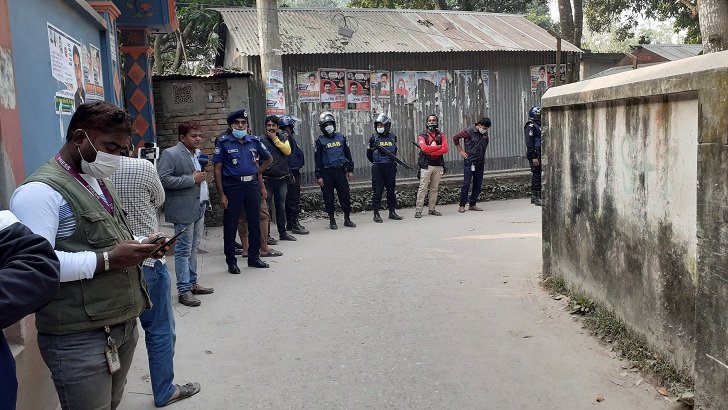 A bomb disposal unit reached the spot and started working to locate the bombs inside the houses and diffuse them, he said

Earlier, members of the elite force cordoned off the house on suspicion of it being a militant hideout.

“The house in the upazila municipality’s Ukilpara neighbourhood was cordoned off since 5:00am on Friday based on information of two suspected militants arrested in Rajshahi last night,” said Sirajganj RAB-12 Acting Company Commander Muhammad Mohiuddin Miraj.

Sensing the presence of law enforcement, criminals fired shots from inside the house.

Later, the law enforcers urged them to surrender through loudspeakers and mobile phones collected from the two arrestees.
No casualties were reported.