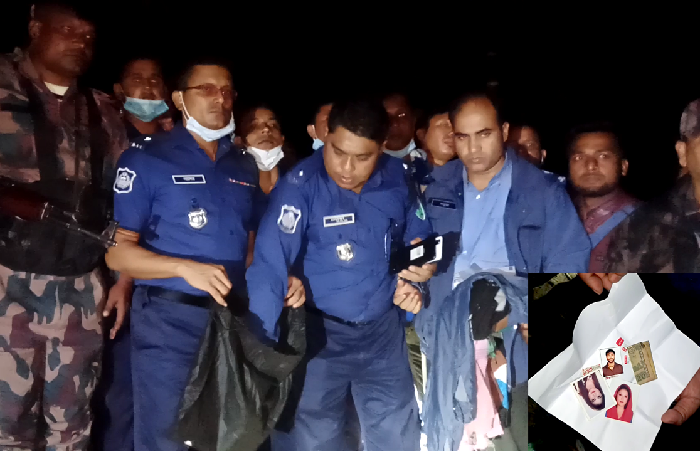 Confirming the recovery of the items, Kanaighat police station OC Shamshuddoha said: “We recovered Akbar’s phone and belongings from the spot on Thursday evening at around 7pm.”

On October 11, 34-year-old Rayhan, a resident of Akharia in Sylhet city, was beaten to death in police custody at Bandar Bazar police station.

Rayhan’s mother Salma Begum, has been asking police to collect and investigate Akbar’s phone records to derive important details about the murder of her son.

Thirty-four-year-old Rayhan, who lived in the city’s Akharia neighbourhood, was beaten to death on October 11 at the Bandar Bazar police outpost, according to a case filed by the family. SI Akbar was in charge of the outpost at the time.

“He was arrested at around 9am by a police team in plainclothes,” Sylhet’s Superintendent of Police (SP) Md Fariduudin told the media at his office later in the day.

At around 7:30pm on the day, Sylhet Range Police handed over Akbar to the Police Bureau of Investigation (PBI), who are now investigating the case.

On October 11, Rayhan died in police custody following torture, as alleged by his family. Police denied the allegation and said Rayhan had been caught by locals while he was engaged in a mugging and was lynched.

Police said they found the man wounded in a mob beating and took him to a hospital, where he died.

However, the victim’s mother said Rayhan had called her from an unknown number at 4:23am and told her that police had taken him to Bandarbazar police outpost and were demanding Tk10,000 for his release.

Earlier at midnight on October 12, Rayhan’s wife Tahmina Akhter Tanni filed the case with Kotwali Police Station. But none was made accused in the case. The case had been transferred to the PBI in light of demands from the family, police said.