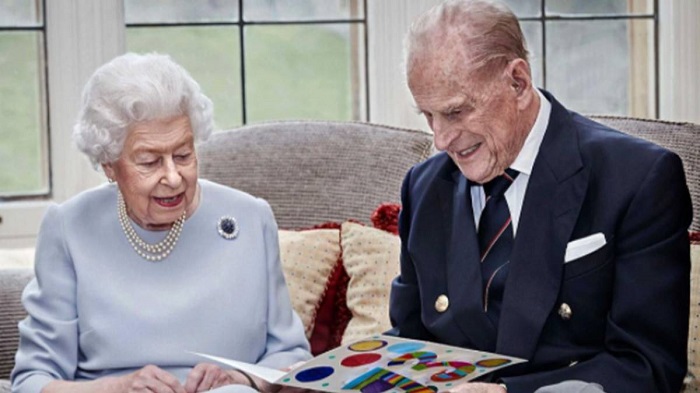 “This new image has been released to mark the 73rd wedding anniversary of The Queen and The Duke of Edinburgh tomorrow,” the royal family captioned the picture on Instagram.
The Queen is seen in a powder blue dress by Stewart Parvin accessorised with a pearl necklace and a brooch, while Prince Philip opted for a blue suit and a pair of grey trousers, paired with a white shirt and striped blue tie.

“In the photograph, Her Majesty and His Royal Highness are seen looking at an anniversary card made by Prince George, Princess Charlotte and Prince Louis, alongside other cards and letters sent by well-wishers,” the royal family wrote.

The photo was taken by Chris Jackson in the Oak Room at Windsor Castle. The Queen got married to Prince Philip on November 20, 1947, at the age of 21. Their relationship has lasted the longest of any British sovereign. According to bbc.com, there is no traditional gift, jewel or colour associated with 73rd wedding anniversaries in the UK.