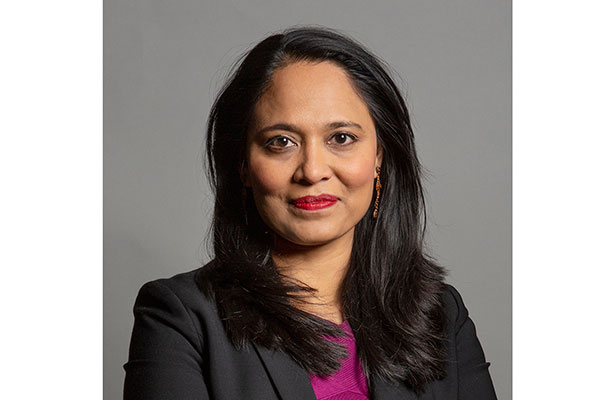 A Labour MP was left “living in a constant state of fear” after being subjected to a barrage of racist messages and threats to blow up her offices.

Hussain Sha, 41, is facing jail after stalking Bethnal Green and Bow MP Rushanara Ali for 18 months, sending hundreds of threatening emails to her and texts to her brother, Snaresbrook Crown Court heard.

Sha first became involved with Ms Ali after visiting her constituency office following a problem with his housing.

He later became obsessed and sent some 290 messages to her between April 2018 and his arrest in December 2019, the court heard.

He repeatedly called her a series of racist insults, prosecutor Philip McGhee said at a hearing on Wednesday. In one message to her brother, whom he had met several years before when they briefly worked together, he said he had gone to Ms Ali’s office “with a hand [gun] to do her Jo Cox- style”, the court heard.

Ms Cox, the Labour MP for Batley and Spen, was shot and stabbed to death by a far-Right extremist in her constituency in 2016.

In another message, Sha said: “I will blow up Rushanara’s office terrorist- style with petrol.” The court heard Ms Ali was so frightened of what Sha might do she was forced to move her staff out of her East End office and into Westminster until after his arrest. “Ms Ali feared for her safety and for her family’s safety,” Mr McGhee said.

“She was on constant watch of who was around her because the defendant could turn up at events. She describes living in a constant state of fear.”

In his emails Sha also made abusive remarks about Ms Ali’s Labour predecessor Oona King and Conservative MP and Home Secretary Priti Patel. He also sent complaints about her to then Poplar MP Jim Fitzpatrick. He accused the Muslim MP of being an “Israeli agent” and “a villain”.

The abuse stopped in December last year when police confiscated two iPads and a laptop from Sha’s home and arrested him.

Sha told the court he was “sorry” for the distress he had caused. Judge Martyn Zeidman QC said he wanted to study psychiatric reports before sentencing next week. He added: “You have caused tremendous upset and misery. This is very serious. I want to make sure no one else is put in danger.”

Sha, of Bethnal Green, admitted racially and religiously aggravated harassment, two counts of sending an electronic communication with intent to cause distress, threatening to destroy or damage property and fraud at an earlier hearing.

He pleaded guilty to one count of exposure in relation to an unrelated case and is due to be sentenced next Friday.

Apsana Begum MP: “I want the UK to be a country where survivors are not thwarted by ongoing harassment and abuse.”