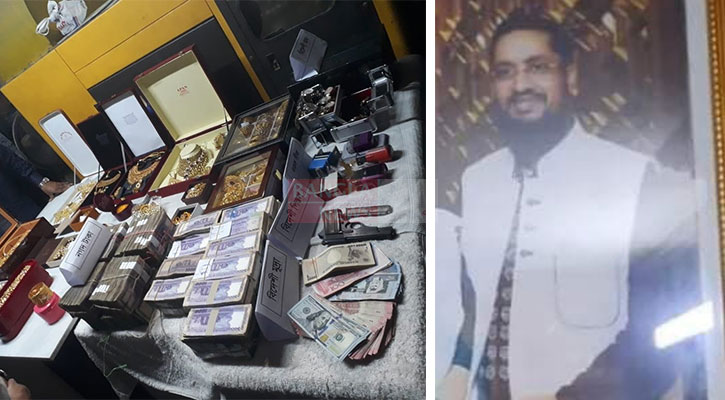 The team also recovered a huge amount of gold ornaments, cash money, drugs and arms from his house.

Four vehicles were found on the businessman’s property, but three of them had no valid documents, RAB said.