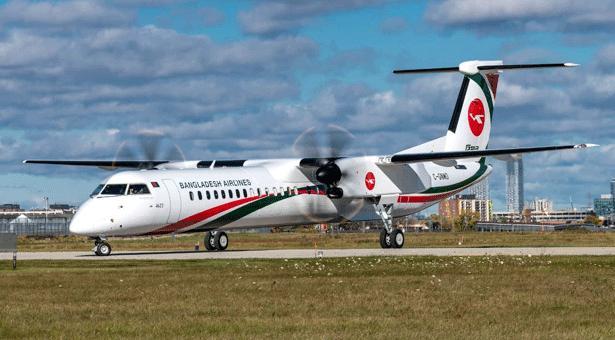 A Bombardier Dash 8-Q400 aircraft is going to be added to the fleet of Biman Bangladesh Airlines on Tuesday.

The 74-seat plane, one of three bought from Canadian Bombardier Inc, is scheduled to arrive in Bangladesh on the day.

Prime Minister Sheikh Hasina has named the new aircraft ‘Dhrubotara’, according to a Biman press release.

With this, the number of aircraft in the Biman fleet will rise to 19.

It will be possible for the national flag carrier to increase its flight frequencies on domestic and short-distance international routes once the three aircraft are added to its fleet, the release said.