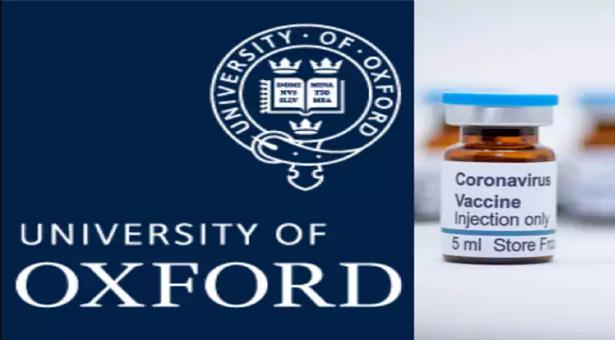 The coronavirus vaccine developed by the University of Oxford stops 70% of people developing Covid symptoms, a large scale trial shows.

It is both a triumph and a disappointment after vaccines by Pfizer and Moderna showed 95% protection, reports BBC.

However, the Oxford jab is far cheaper, and is easier to store and get to every corner of the world than the other two.

So it will still play a significant role in tackling the pandemic, if it is approved by regulators.

There is also intriguing data that suggests perfecting the dose could increase protection up to 90%.

The Oxford researchers have performed the normally decade-long process of developing a vaccine in around 10 months.

“The announcement today takes us another step closer to the time when we can use vaccines to bring an end to the devastation caused by [the virus],” said the vaccine’s architect Prof Sarah Gilbert.

The UK government has pre-ordered 100 million doses of the Oxford vaccine, enough to immunise 50 million people.

What did the trial show?
More than 20,000 volunteers were involved, half in the UK, the rest in Brazil.

The researchers said it works out at 70% protection.

When volunteers were given two “high” doses the protection was 62%, but this rose to 90% when people were given a “low” dose followed by a high one. It’s not clear why there is a difference.

He said the 90% effectiveness data was “intriguing” and would mean “we would have a lot more doses to distribute.”

When will I get it?
In the UK there are four million doses ready to go, with another 96 million to be delivered.

But nothing can happen until the vaccine has been approved by regulators who will assess the vaccine’s safety, effectiveness, and that it is manufactured to high standard. This process will happen in the coming weeks.

However, the UK is ready to press the go button on an unprecedented mass immunisation campaign that dwarfs either the annual flu or childhood vaccination programmes.

Care home residents and staff will be first in the queue, followed by healthcare workers and the over-85s. The plan is to then work the way down the age groups.

How does it work?
The vaccine is a genetically modified common cold virus that used to infect chimpanzees.

It has been altered to stop it causing an infection in people and to carry the blueprints for part of the coronavirus, known as the spike protein.

Once these blueprints are inside the body they start the producing the coronavirus’ spike protein, which the immune system recognizes as a threat and tries to squash it.

When the immune system comes into contact with the virus for real, it now knows what to do.

Are the results disappointing?
After Pfizer and Moderna both produced vaccines delivering 95% protection from Covid-19, a figure of 70% is relatively disappointing.

However, anything above 50% would have been considered a triumph just a month ago.

This vaccine can also be stored at fridge temperature, which means it can be distributed to every corner of the world, unlike the Pfizer/BioNTech and Moderna vaccines, which need to be stored at much colder temperatures.