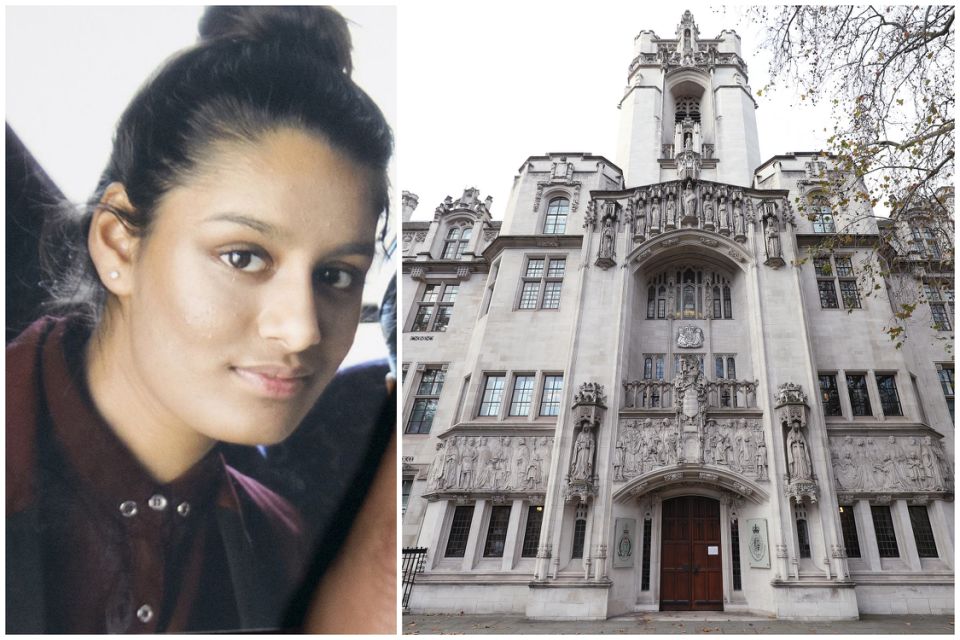 A British-born woman who went to Syria as a schoolgirl to join Islamic State should not be allowed to return to Britain to challenge the government taking away her citizenship because she poses a security risk, the UK’s top court heard on Monday.

Shamima Begum, who was born to Bangladeshi parents, left London in 2015 when she was 15 and went to Syria via Turkey with two schoolfriends.
In Syria, she married an Islamic State fighter and lived in Raqqa, the capital of the self-declared caliphate, where she remained for four years until she was discovered in a detention camp. She has had three children since leaving Britain, but all the infants have since died.

Britain’s interior minister stripped her of her British citizenship but in July, the Court of Appeal unanimously agreed Begum, now 21, could only have a fair and effective appeal of that decision if she were permitted to come back to Britain.

Challenging that verdict, James Eadie, the lawyer for the British government, told the Supreme Court that intelligence agencies concluded those who aligned with Islamic State posed a serious risk to national security.

“The assessment was that she presented a current threat, justifying the removal of her British citizenship and thereby placing serious practical and legal impediments on national security grounds in the way of her return to the United Kingdom,” Eadie said.

Begum’s case has been the subject of a heated debate in Britain, pitting those who say she forsook her right to citizenship by travelling to join IS against those who argue she should not be left stateless but rather face trial in Britain.The Supreme Court hearing is due to last two days with a decision expected to be handed down at a later date.