Don't Miss
Home / International / US election 2020: Trump ally urges him to accept defeat in US vote 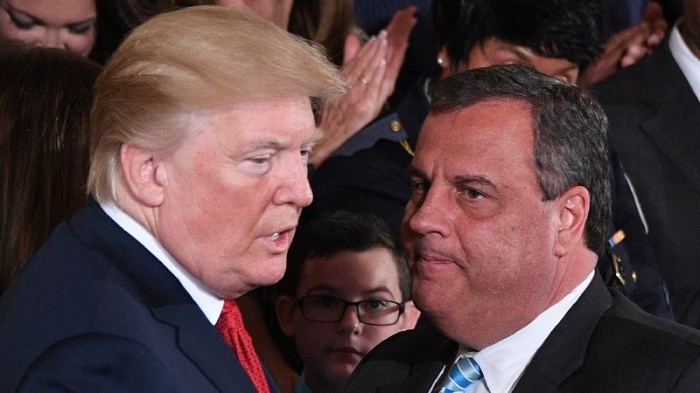 A prominent ally of Donald Trump has urged him to drop his efforts to overturn his loss to Joe Biden in the US presidential election.

Many Republicans have supported his legal efforts but a small but growing number have broken ranks.

On Saturday Mr Trump suffered a major blow in Pennsylvania, after a judge dismissed a lawsuit from the Trump campaign seeking to invalidate millions of mail-in votes in the battleground state.

In a scathing ruling, Judge Matthew Brann said his court had been presented with “strained legal arguments without merit and speculative accusations”.

The move paves the way for Pennsylvania to certify later on Monday Mr Biden’s win – the Democratic president-elect leads there by more than 80,000 votes.

However, the Trump campaign is appealing against the ruling.

Mr Biden is projected to defeat President Trump 306 to 232 in the US electoral college, which determines who becomes president – far above the 270 he needs to win.

What did Chris Christie say?

Speaking to ABC’s This Week programme on Sunday, Mr Christie, a former New Jersey governor, said: “Quite frankly, the conduct of the president’s legal team has been a national embarrassment”.

“I have been a supporter of the president’s. I voted for him twice. But elections have consequences, and we cannot continue to act as if something happened here that didn’t happen.”

Mr Christie was the first governor to endorse Mr Trump as a presidential candidate back in 2016. He also helped prepare the US president for his debates with Mr Biden earlier this year.

He singled out for criticism Sidney Powell, a lawyer who appeared with Trump’s legal team during a press conference on Thursday who, without providing evidence, said that electronic voting systems switched millions of ballots to Biden, and that he also won thanks to “communist money”.

But on Sunday the Trump campaign issued a statement distancing themselves from Ms Powell, saying she “is practicing law on her own” and was “not a member of the Trump legal team”.

A tweet from President Trump earlier this month explicitly named her as part of the team.

On Sunday other Republicans also urged President Trump to concede.

Maryland Governor Larry Hogan told CNN on Sunday that the Trump camp’s continued efforts to overturn the election results were “beginning to look like we’re a banana republic”.

Michigan Representative Fred Upton told CNN the voters in his battleground state “spoke” by choosing Mr Biden, while North Dakota Senator Kevin Cramer said in an interview to NBC it was “past time to start a transition”, although he stopped short of accepting Mr Biden’s victory.

What has the Biden camp been up to?

Joe Biden has been pressing on with plans for office despite President Trump’s refusal to concede complicating the transition process.

He is due to announce his first cabinet appointments on Tuesday, and US media say veteran diplomat Antony Blinken, 58, is set to be named secretary of state, the most important foreign policy position in the administration.

Mr Blinken is a long-time aide to the president-elect and had a number of roles at the State Department during the Obama administration.

“A record number of Americans rejected the Trump presidency, and since then Donald Trump’s been rejecting democracy,” he told ABC News.

He also revealed that the Biden campaign was preparing for a “scaled-down” inauguration on 20 January due to the worsening coronavirus outbreak.