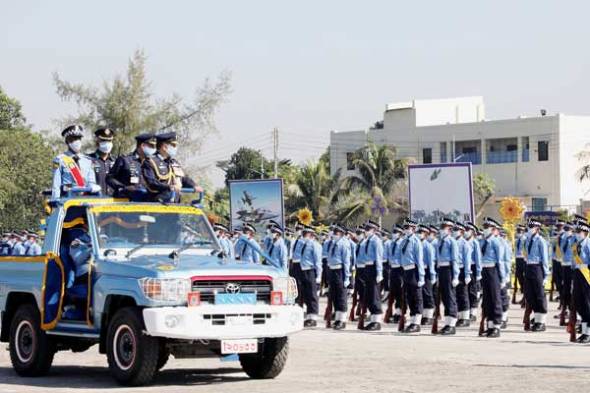 The passing out parade of Recruits’ Entry No-48 of Bangladesh Air Force (BAF) held at the Recruits’ Training School (RTS) in Shamshernagar, Moulvibazar, today, where for the first time a total of 64 female recruits took part.

Later, he distributed trophies among the outstanding recruits.

The Chief of Air Staff advised the recruits to develop themselves as worthy airmen of BAF through honesty, integrity and sincerity.

He hoped that they would make an effective contribution in safeguarding the airspace of Bangladesh by displaying true patriotism.

A total of 752 recruits have passed out through this parade.

Among others, senior officers of Bangladesh Air Force, civil and military dignitaries of the local area were also present in the ceremony.