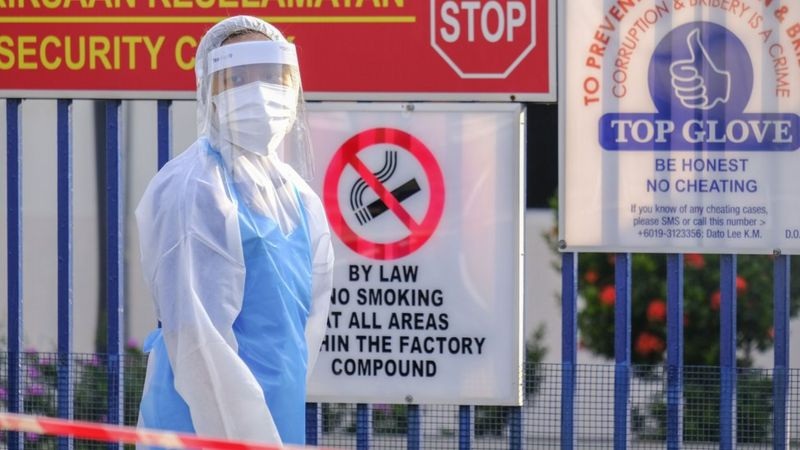 The world’s largest maker of latex gloves will shut more than half of its factories after almost 2,500 employees tested positive for coronavirus.

Malaysia’s Top Glove will close down 28 plants in phases as it seeks to control the outbreak, authorities said.
The company has seen a huge surge in demand for its personal protective gear since the start of the pandemic, BBC reported.

However, there have been concerns about the working conditions of the low-paid migrant workers it relies upon.

On Monday, Malaysia’s health ministry reported a sharp rise in Covid-19 cases in areas where Top Glove factories and dormitories are located.

Nearly 5,800 workers have been screened so far with 2,453 testing positive, it said.

Top Glove operates 41 factories in Malaysia, with many of its workers coming from Nepal and living in crowded dormitory complexes.

“All those who tested positive have been hospitalised and their close contacts have been quarantined to avoid infecting other workers,” Director-General of Health Noor Hisham Abdullah told Reuters news agency.
It is unclear when the factory closures will begin but they are scheduled to take place in stages.