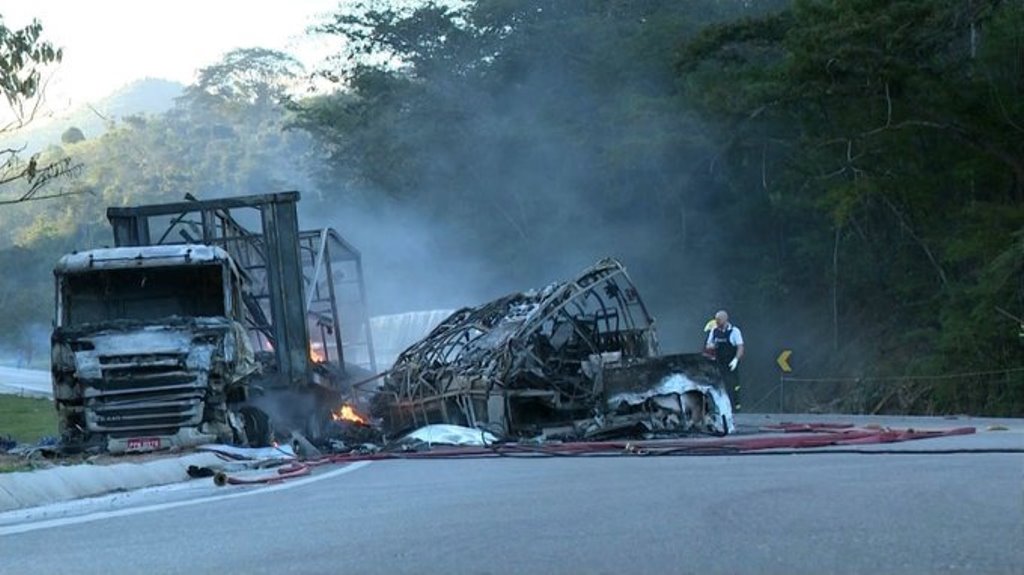 At least 41 people were killed and 10 injured Wednesday when a bus and a truck crashed in southeastern Brazil, police said.

The bus, which was carrying employees on their way to work at a textile factory, collided with the truck just before 7:00 am on a highway outside the town of Taguai, in Sao Paulo state, police said.

A police source told AFP that when rescue workers arrived at the scene, “there were bodies everywhere.”

Authorities are still investigating the cause of the crash.

The death toll, initially reported as 32, was expected to rise further, state police said in a statement.

“We know there are more victims in the wreckage of the vehicles, but we don’t know how many,” it said.

Police said 37 people were killed at the scene. Four more died of their injuries in hospital.

Another nine people are in serious condition, they said.

Local officials made an appeal for blood donations.

“In a situation like this, blood transfusions are essential, and the worst part is that stocks are down because of the coronavirus pandemic,” state health secretary Jean Gorinchteyn told TV network Globo News.

Images from the scene showed the vehicles smashed into pieces, debris strewn across the road. The front end of the bus was completely torn off.

Dozens of rescue workers were still busy at the scene. Taguai is about 340 kilometers west of Sao Paulo, Brazil’s biggest city and economic capital.

“I want to send my condolences to the families and friends of the victims of this very terrible accident,” said Sao Paulo Governor Joao Doria.

Local media reports said there were 53 people on the bus.

The crash was one of the worst in recent memory in Brazil, where 5,332 people died in road accidents last year.