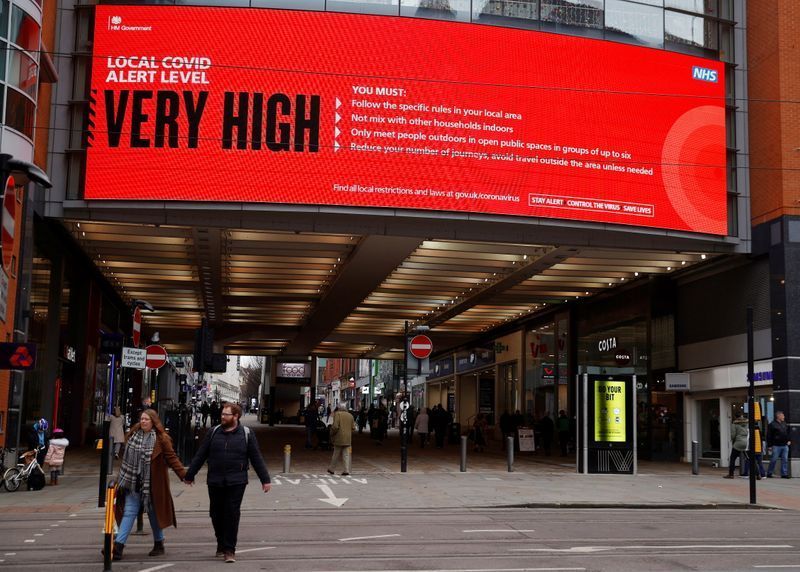 A further 498 have died from coronavirus in the UK and a further 17,555 cases have been confirmed, the government said on Thursday.

According to data from the UK statistics agency – combined with that reported by the government – the total Covid-19 death toll stands at more than 71,200.

The total number of people who have tested positive since the pandemic began now stands at 1,574,562. 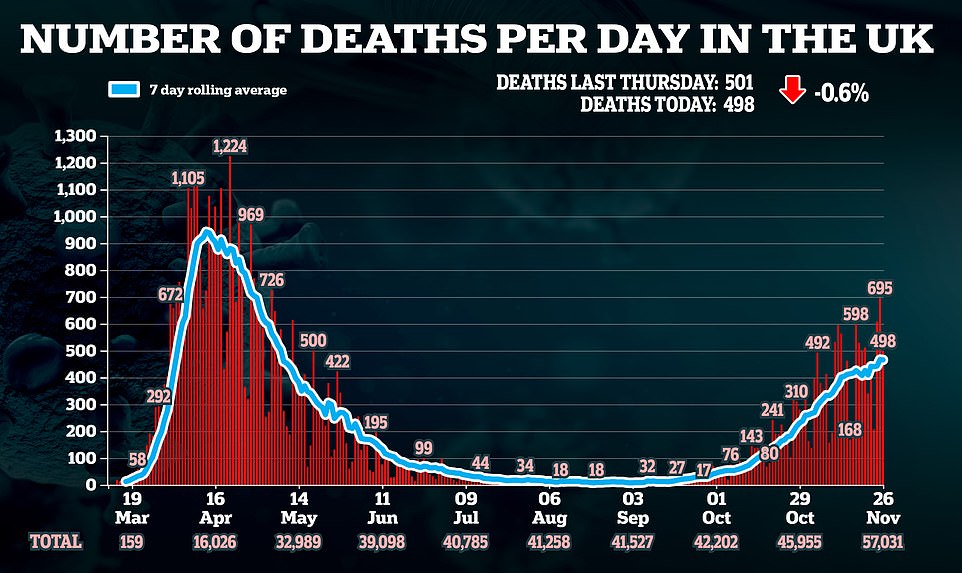 In England, a further 14,637 people tested positive for coronavirus. The total confirmed cases is now 1,355,272. Meanwhile, the government announced on Thursday that 411 more people had died of the virus.

The death toll in Wales climbed by 28 in the latest reported figures, taking the total number to 2,474. Public Health Wales reported a further 1,251 confirmed cases of coronavirus. 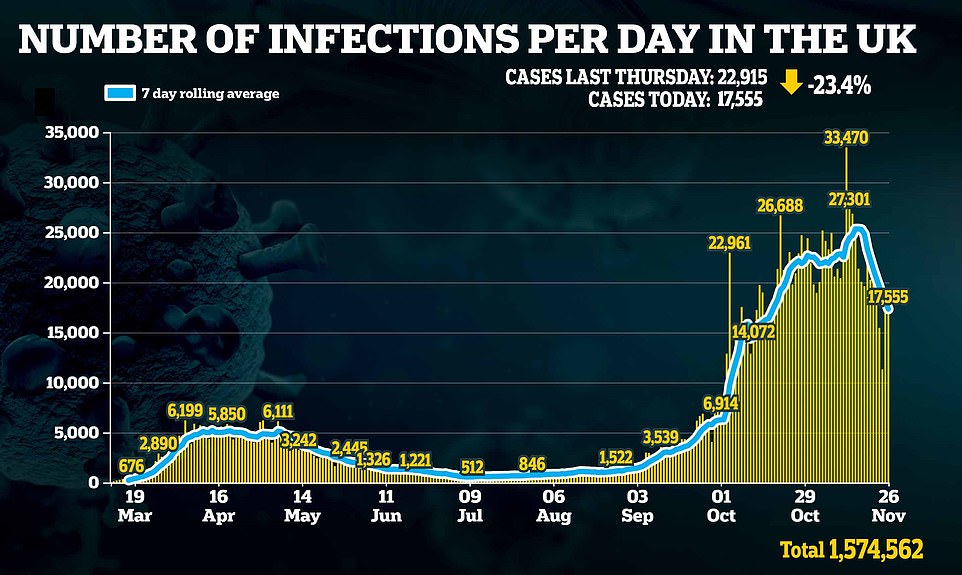 Health authorities in Northern Ireland reported eight more Covid-19 deaths in the latest data release, it brings the official death toll as recorded to 962. The number of confirmed cases has risen by 442.

The death toll in Scotland has risen to 3,639 after 51 news deaths were reported on Thursday. The number of confirmed Covid cases rose by 1,225.