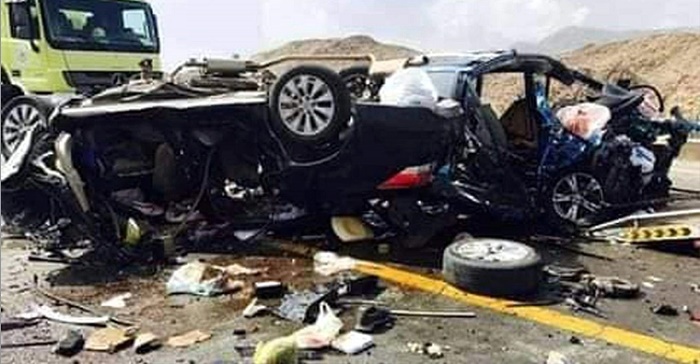 Three Bangladeshi nationals were killed and another was injured as two microbuses collided head on in Taif Turbah area of Saudi Arabia on Thursday morning.

The deceased were identified as Mashuk Ahmmed, 35, son of Abdul Khaleque, hailing from Kuwrermati village at Satbank in Kanaighat upazila of Sylhet, Abdus Shukkur, 32, son of Nur Ahmmad and microbus driver Siraj Uddin, 40, from Gangarjal village of Jakiganj upazila.
Injured Jalal Ahmmed, from Bayampur village in Kanaighat municipality, is undergoing treatment at a hospital in Saudi Arabia.

It is learn that the microbus collided head on with another one while they were going to attend their work, leaving two dead on the spot and two other injured.

Later, locals took the injured to a Hospital in Saudi but one of the injured succumbed to his injuries there.