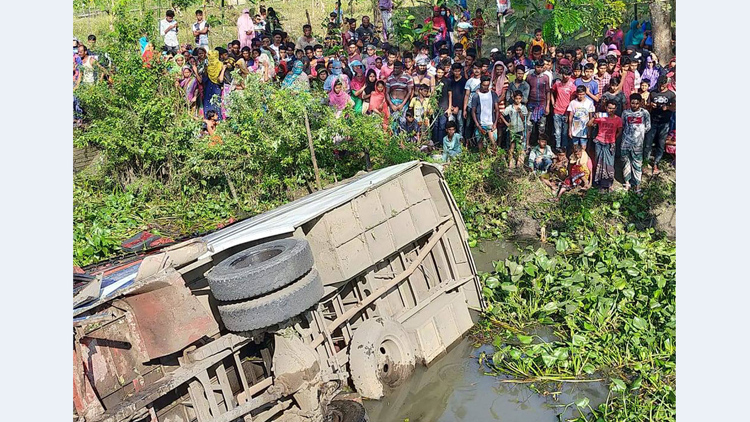 At least four people were killed and 20 others injured as a bus fell into a roadside ditch at Malek Bazar area along the Gopalganj-Pirojpur road in Tungipara of Gopalganj on Saturday morning.

Three of the deceased were identified as Sanjit Dhar, 40, Krishna Kirtaniya, 32, and Akamuddin Molla, 50.
The injured have been taken to Gopalganj General Hospital, the police said.

A Dhaka-bound bus of Dola Paribahan from Pirojpur plunged into a ditch after the driver lost control of the vehicle at the area at 11:00am, leaving 4 passengers of the vehicle dead on the spot, said Officer-in-charge of Tungipar Police Station AFM Nasim.

Police and fire service personnel later conducted a rescue operation with the help of locals.

2020-11-28
Mr. Admin
Previous: Disney to lay off 4,000 more employees amid pandemic
Next: Passenger held with 20 gold bars at Sylhet airport