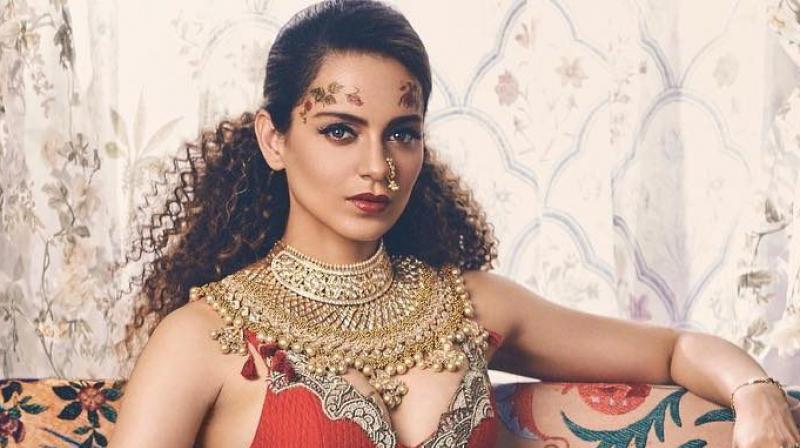 The demolition of a part of actor Kangana Rananut’s office in a bungalow in Mumbai by the city’s civic body “is nothing but malice in law”, the Bombay High Court said today, cancelling the notice as it heard the actor’s petition against the demolition in September. In a big win for the actor, Ms Ranaut will also be compensated for the damage caused by the demolition.

The Brihanmumbai Municipal Corporation or BMC had demolished a part of Ms Ranaut’s office in a bungalow at Mumbai’s Pali Hill on September 9. The actor alleged that the civic body’s action against her was a result of her comments against the Maharashtra government and the ruling Shiv Sena.

The “same party” is also the ruling party in the BMC, the “Queen” actor said in her petition, without naming Shiv Sena, which runs the Mumbai civic body – India’s richest municipal corporation.

“MCGM (Municipal Corporation of Greater Mumbai) has proceeded on wrongful grounds, against the rights of the citizens. It is nothing but malice in law,” a division bench of Justices SJ Kathawalla and RI Chagla said. The court also said it does not approve of authorities using “muscle power” against any citizen.

“The manner in which the action was carried out leaves no doubt that not using S.354 was more sinister and preventing her from taking a recourse,” the High Court said.

The court, however, noted that the petitioner (Ms Ranaut) should show restraint in airing her opinions on the government. The court also criticised the statements and conduct of Shiv Sena MP Sanjay Raut. “Such conduct certainly does not befit a leader like Shri Raut who is also a parliamentarian”, it said.

The BMC listed 14 “violations” at the Pali Hil bungalow, which included a toilet apparently built in space marked for a kitchen and an office set up in an area meant for a toilet.

On Ms Ranaut seeking a compensation of ₹ 2 crore from the municipal agency for what she called an “illegal” demolition, the court said it was appointing a valuer who would hear the petition and the civic body on monetary damages caused to her due to the demolition. “The valuer shall by March 2021 pass appropriate orders on compensation,” the court said.

Welcoming the court’s decision, Ms Ranaut tweeted, “When individual stands against the government and wins, it’s not the victory of the individual but it’s the victory of the democracy. Thank you everyone who gave me courage and thanks to those who laughed at my broken dreams. It’s only cause you play a villain so I can be a hero.”

The High Court had stopped the demolition on September 9 in a big win for the actor. The demolition, the court observed, was happening “when she is out of state, directing her to respond within 24 hours, and not granting her any further time, despite written request…”.

Mumbai Mayor Kishori Pednekar said she will hold a meeting with the legal team of the BMC to assess the Bombay High Court’s order. “What we did was according to municipal rules. I haven’t seen the court order, will go through it,” Ms Pednekar told reporters in Mumbai.

Kangana Ranaut has been in the thick of controversies this year because of an ugly face-off with Mumbai Police and the Maharashtra government over her criticism of the Sushant Singh Rajput investigation.
Matters escalated sharply after her remarks in September about feeling unsafe in Mumbai and comparing the city to PoK, with the actor accusing the civic body for targeting her for her comments.

2020-11-28
Mr. Admin
Previous: Undiagnosed cases of HIV climb in Europe: report
Next: Youth dies after set on fire by co-workers at petrol pump in city