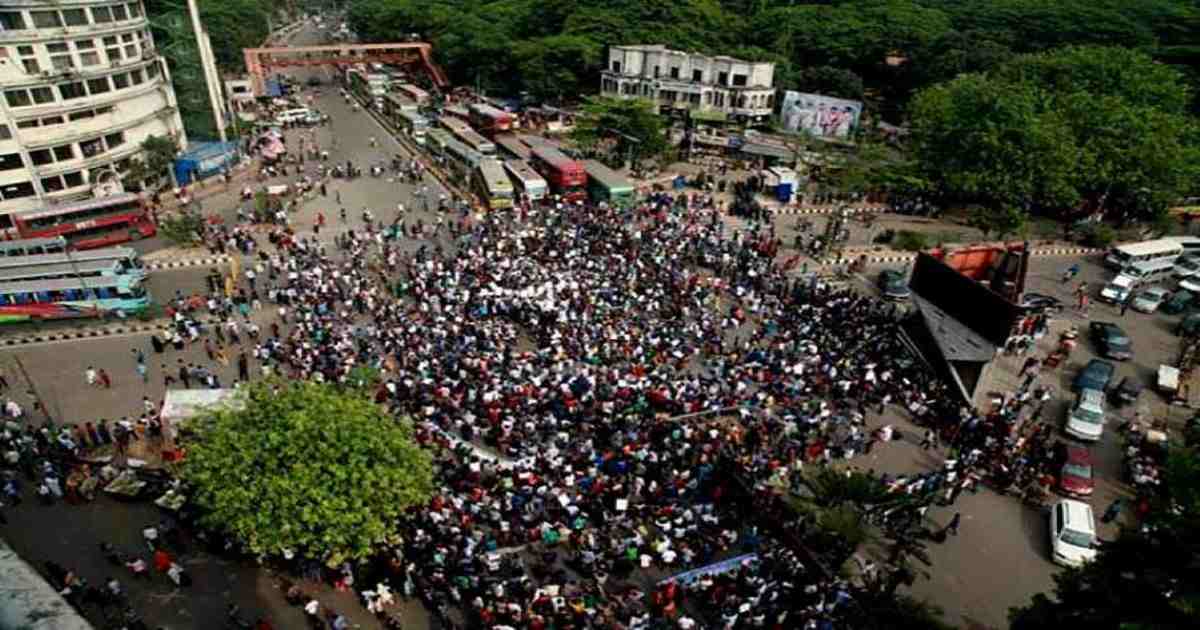 The protesters also announced a 24-hour ultimatum to arrest the religious leaders as they had opposed the establishment of Bangabandhu Sheikh Mujibur Rahman’s sculpture in the capital.

The faction of Muktijoddha Mancha, led by Bulbul-Mamun section block the intersection for an hour at 4pm, inevitably triggering acute traffic congestion in the adjacent area.

They formed a human chain in the vicinity of the famous Raju Sculpture on the DU campus first, later the rally blocked the Shahbagh intersection.

Their demands also sought punishment against people who spread communal violence by speeches and ensuring capital punishment of child molesters. 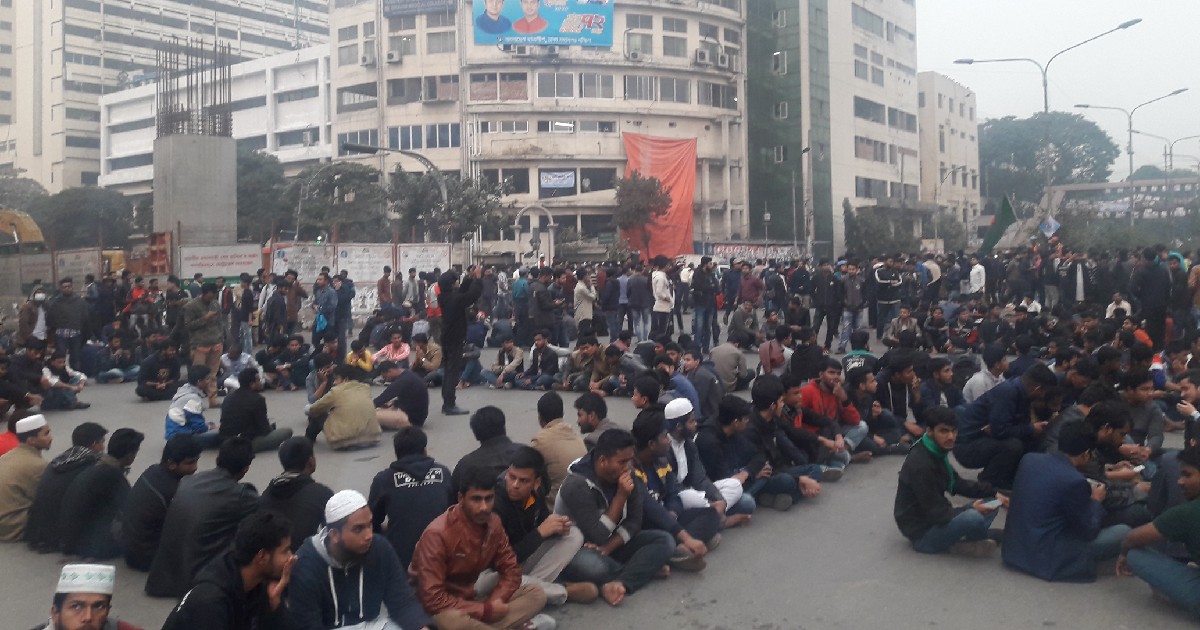 Speaking at the rally, President of Muktijoddha Mancha Aminul Islam Bulbul announced Mufti Faizul and Mamunul as “persons non grata” in the country for their stand against Bangabandhu.

“We have set a 24 hours ultimatum to arrest the duo otherwise we will go for tougher movement countrywide to wipe them out from the country,” warned Bulbul.

“When the world is researching the Quran, these culprits are busy molesting child students,” he said, urging the people to resist them.

Former Chief Justice of Supreme Court, Shahabuddin Ahmed said “Those who take stand against Bangabandhu have no right to live in this country.”

He however urged the Prime Minister Sheikh Hasina to take immediate actions against them, terming them ‘an anti-liberation group’.

The Mancha leaders said they would hold countrywide protests on December 1 to press home their demands.

Earlier on November 13 in a programme, Faizul Karim and Allama Mamunul opposed setting up of a sculpture of the country’s founding father Bangabandhu Sheikh Mujibur Rahman in the capital.