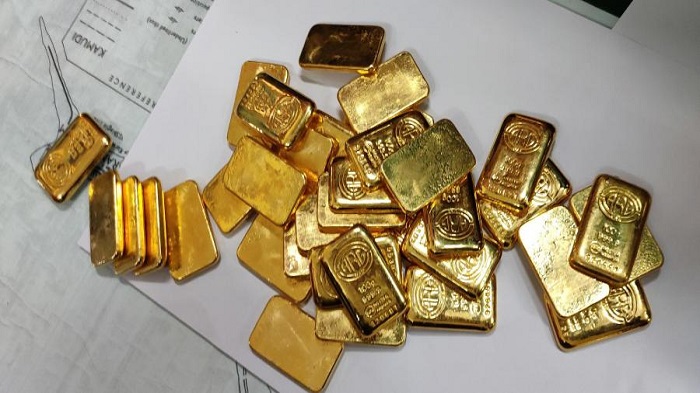 Customs officials have arrested a passenger with 20 gold bars from a Biman Bangladesh Airlines plane at Osmani International Airport, Sylhet on Friday.

The passenger had reached the airport by BG-248 flight coming from Dubai at 7:20am in the morning.
Sub-inspector (SI) of Sylhet Osmani Airport immigration Abdul Goni has confirmed the news.

Customs officer Al-Amin, however, denied the seizure of 20 gold bars. He said the authority freed the man though 20 gold bars were seized from his possession as several other passengers also claimed their collective ownership of those gold bars.

Another source of the airport said, the passenger confessed involvement of some officials of customs in this matter when he was interrogated after the seizure.