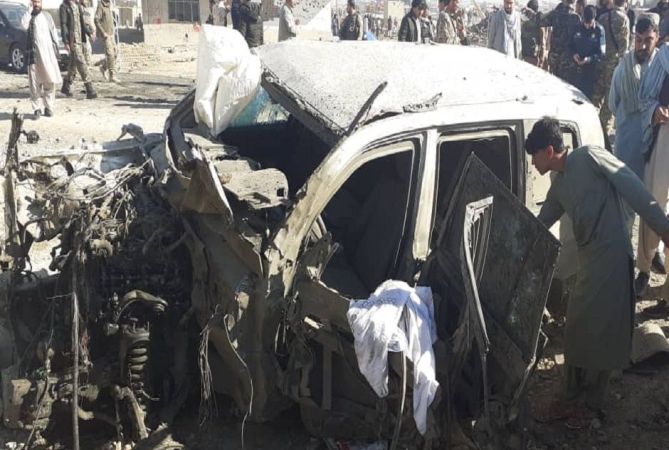 At least 30 policemen were killed and over 20 others wounded after a suicide car bomb hit a military camp in Ghazni city, capital of Afghanistan’s eastern Ghazni province on Sunday, a local official confirmed.

“Some 30 killed and 21 wounded were admitted to a main hospital in Ghazni city following an explosion this morning,” Zahir Shah Nikmal, spokesman of provincial public health directorate, told Xinhua.
The number of casualties may change, he said.

“The targeted camp which belongs to the Public Protection Police Forces came under attack Sunday morning. The police officers manning the facility responded to attackers. So far, we have no more details, but we will try to get more information,” local government spokesman Wahadullah Jumazada told Xinhua earlier.

The blast sent a column of thick smoke into the sky and triggered panic in Qala-e-Joz, an area on the outskirts of the city, the official said.

In the meantime, spokesman of the Interior Ministry Tariq Arian told Xinhua that one suicide bomber was killed after detonating an explosive-laden vehicle roughly at 7:37 a.m. local time on Sunday along a road connecting Ghazni city to neighboring Dih Yak district.